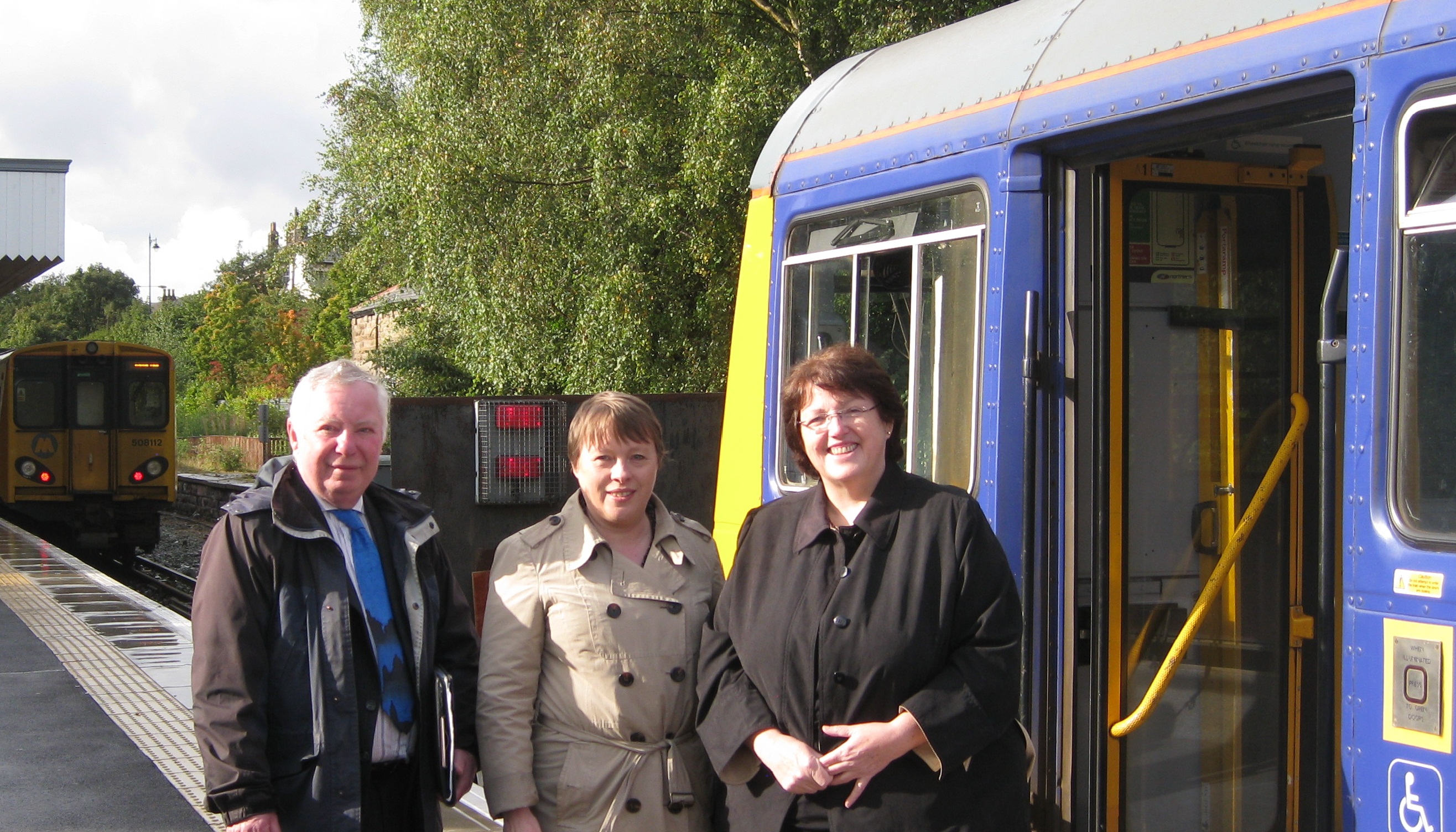 West Lancashire is at risk of becoming isolated on an island of diesel rail services as the rest of the region moves to electrified services. This was Rosie Cooper MP’s message when Shadow Transport Secretary, Maria Eagle MP, visited West Lancs on Friday 28th September.

MP Rosie along with Cllr Roger Bell, Chairman of the Ormskirk, Preston and Southport Traveller’s Association (OPSTA), discussed with the Shadow Transport Secretary the electrification of the Ormskirk-Preston line and the Burscough Curves.

The group travelled on the Northern Rail train between Ormskirk and Burscough Junction, allowing the Shadow Transport Secretary to see the difference between the electrified and non-electrified side of West Lancashire’s rail infrastructure.

Rosie has continually supported OPSTA’s ongoing campaign for the restoration of the link between Ormskirk and Southport by reinstating the Burscough Curves.

“I am grateful to Maria for visiting Ormskirk and Burscough to see the need for modernising this line. I also commend OPSTA for their ongoing commitment and hard work over the many years in highlighting the need for improvements to this line.

“I continue to campaign and push for the Burscough Curves scheme to go ahead and am working with all the relevant bodies to make progress. I remain committed to the long-term future of this scheme and to making it happen.

“West Lancashire is at the crossroads for the North West sitting between Liverpool, Manchester and Preston.  It is important that this route is not left behind when modernising our rail network.

“I will continue to work closely with Rosie in support of her fight to improve the rail facilities in West Lancashire.”

“It is fantastic to have the Shadow Transport Secretary visiting West Lancashire and taking a real interest in the local issues affecting our rail services.

“Without any investment the danger is West Lancashire will become ever more isolated and disconnected as the surrounding services improve.  This cannot be allowed to happen as this would weaken the entire rail network.”