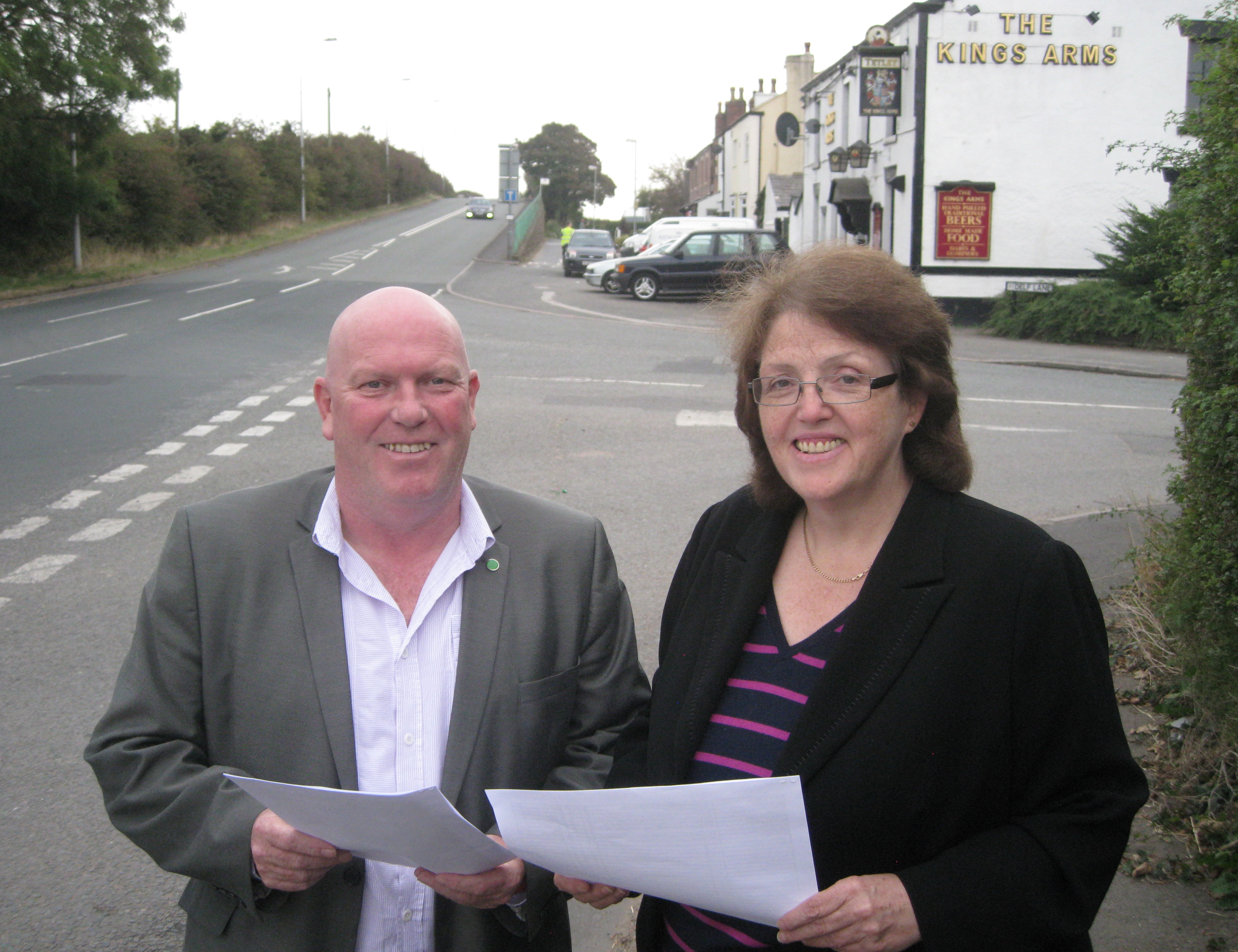 Back in July, MP Rosie raised residents’ concerns with Lancashire County Council over the distances residents had to walk to catch a bus following the withdrawal of the 300 bus service.

Haskayne residents had to run the gauntlet having to walk to either the former Bluebell Inn site or to the Scarisbrick Arms Pub to get a bus.

MP Rosie had received correspondence from local residents, Downholland Parish Council and Downholland Community Association over their concerns regarding the safety and distance of using existing bus stops along the A5147.

“The two new bus stops being closer to the centre of Haskayne will make a real difference and make it safer for those residents using the bus.

“When speaking to County Councillor John Fillis back in July, I asked for a swift response. These new plans have delivered just that. I want to thank Councillor Fillis for listening to residents’ concerns and for acting so swiftly.

“With Winter approaching I was concerned for the safety of Haskayne residents who rely on local bus services to get to appointments, to see friends or go shopping.

“Now they will not have to walk so far to catch the bus with these two stops being installed so close to The Kings Arms as residents requested.”

“I know from meeting with MP Rosie Cooper the strength of residents’ concerns over the safety of having to walk so far to catch a bus.

“I’m pleased we were able to work together to deliver a solution that benefits Haskayne residents.

“Now the plans have been agreed Lancashire County Council will work hard to get the new bus stops installed before Winter.

“As the Transport Cabinet Member I do appreciate and understand just how important these public transport services are for communities such as Haskayne.”

There will also be new road markings and traffic calming measures introduced to mitigate the traffic safety concerns of the new bus stops, which has been agreed with the Police Traffic Management and County Traffic Officers.