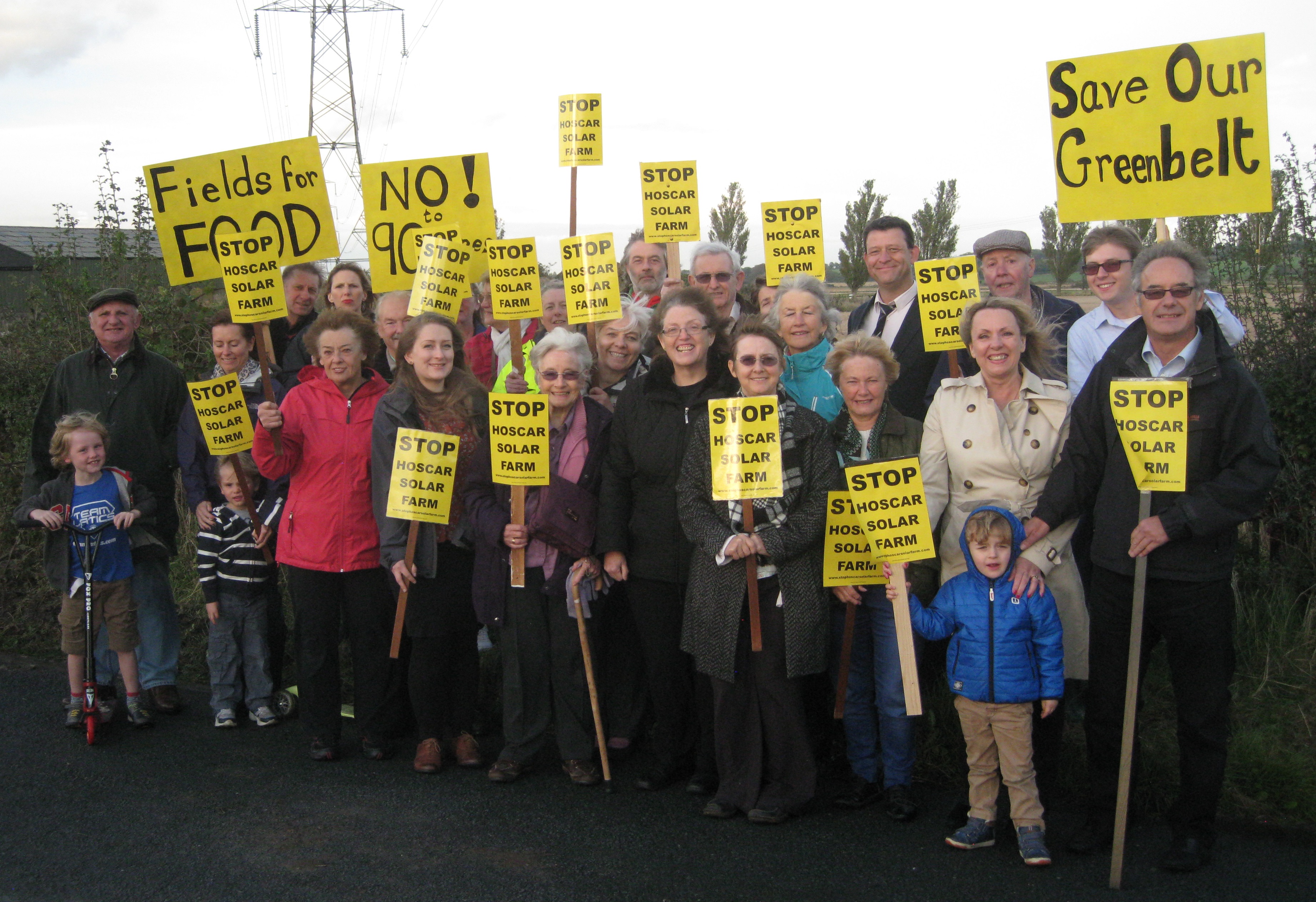 Rosie has since been working with the group, giving it her full backing as well as writing to the Council’s Planning Department, and meeting with members at the proposed site to see for herself.

Rosie has also written to residents outlining her views and concerns with the proposal.

“As a country we need to do more to reduce our reliance on fossil fuels, which includes using renewable energy sources. However, the need for renewable energy should not override the substantial environmental and community interests and concerns.

“I have written to the Council Planning Department, as well as to Lancashire Constabulary regarding reports of opposition campaign posters being ripped down from private residences.

“I am clear why I am supporting this campaign -; to save this agricultural land, this greenbelt land, and this picturesque countryside.

“I’m pleased to see the Secretary of State for DEFRA agrees that farmland should not ‘see its productive potential wasted and its appearance blighted by solar farms’ and that ‘farming is what our farms are for and it is what keeps our landscapes beautiful’.

“We cannot accept a situation in which West Lancashire becomes a dumping ground for these renewable energy projects from which others benefit to the significant detriment of the borough.

“I am encouraging all local residents to make their strong feelings known to members of the Planning Committee.”

The SHSF group have also been busy, developing their website and social media presence, and recently distributing 1,000 leaflets educating and informing local residents of the surrounding villages of the facts of the application and solar farms.

“We are delighted to have the support of our MP, Rosie Cooper, in this fight to protect the greenbelt and to ensure local residents are not ignored.

“We feel this just shows the enormity of the proposed development that the MP has come down to meet with us and see the site for herself.

“She was in agreement that the site is very large and out of character for the area in which it is proposed.”

Statutory consultee, Natural England together with RSPB, have also registered objections and concerns, which can be found alongside all objections at http://bit.ly/HoscarSF.

For more information on the campaign visit http://stophoscarsolarfarm.com/ or search Stop Hoscar Solar Farm on Facebook or @StopHoscarSF on Twitter.