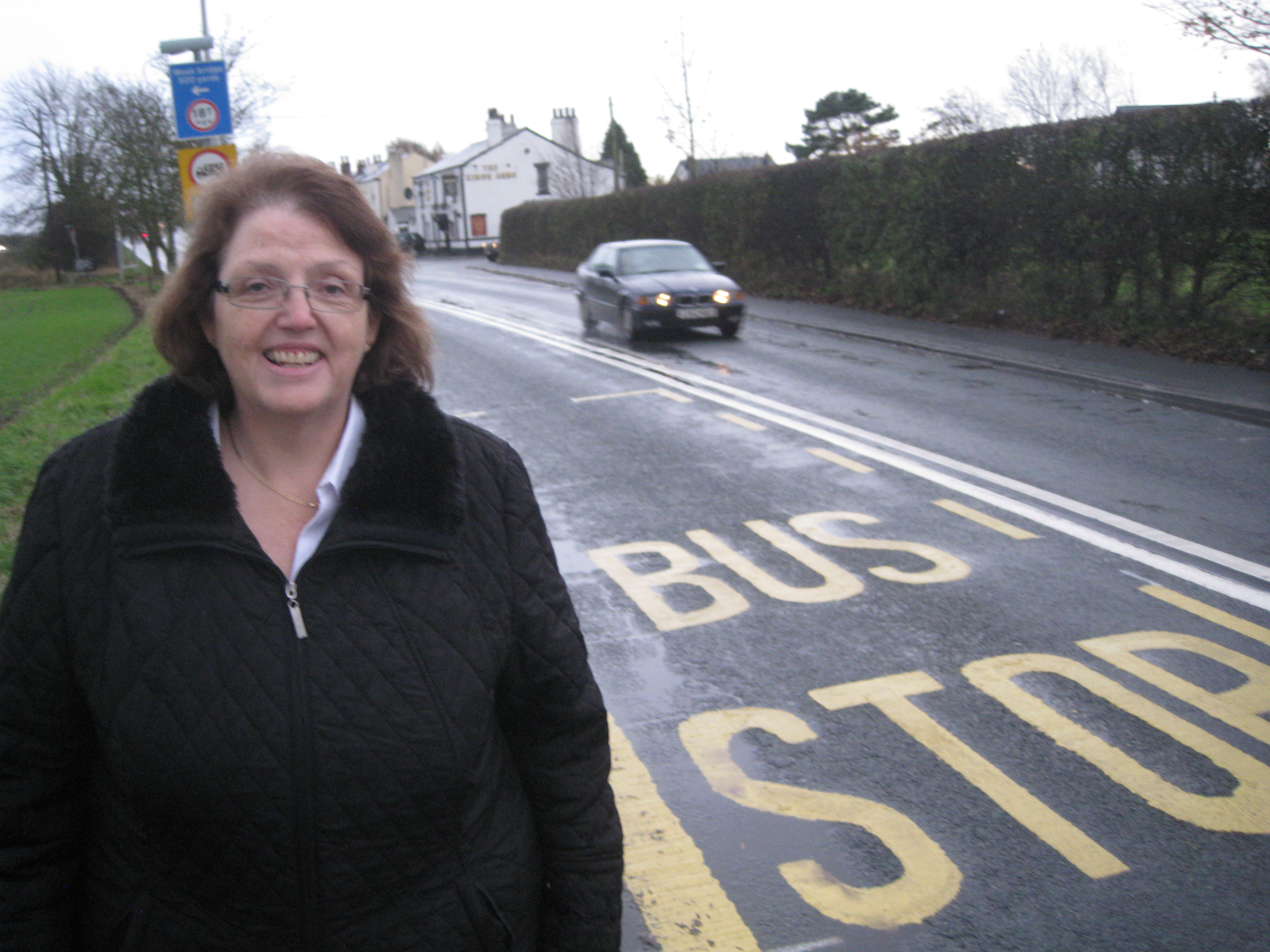 Back in September MP Rosie joined County Councillor John Fillis in announcing two new bus stops on Wanisher Lane close to the Kings Arms pub. This was in response to residents’ complaints over distances to the nearest bus stops following the rerouting of the 300 bus service.

MP Rosie inspected the new road markings that are the start of the work which also includes traffic calming measures.

“I am delighted to see that within weeks of announcing the two new bus stops with John Fillis work has begun.

“For those residents who rely on bus services the new stops close to the Kings Arms will make a real difference to them. They won’t face such lengthy or precarious walks to catch a bus.

“Obviously there is still work to do before the job is finished but it is great to see such swift progress.”

“As I’ve previously said I do understand the importance of having bus stops located closer to Haskayne village and as I promised Rosie we are working hard to ensure the bus stops are installed for winter.

“Having listened to Haskayne residents and taken the decision to install two new bus stops it was important to get on with the work. I continue to push for the work to be completed soon in order that residents can use the new stops.”