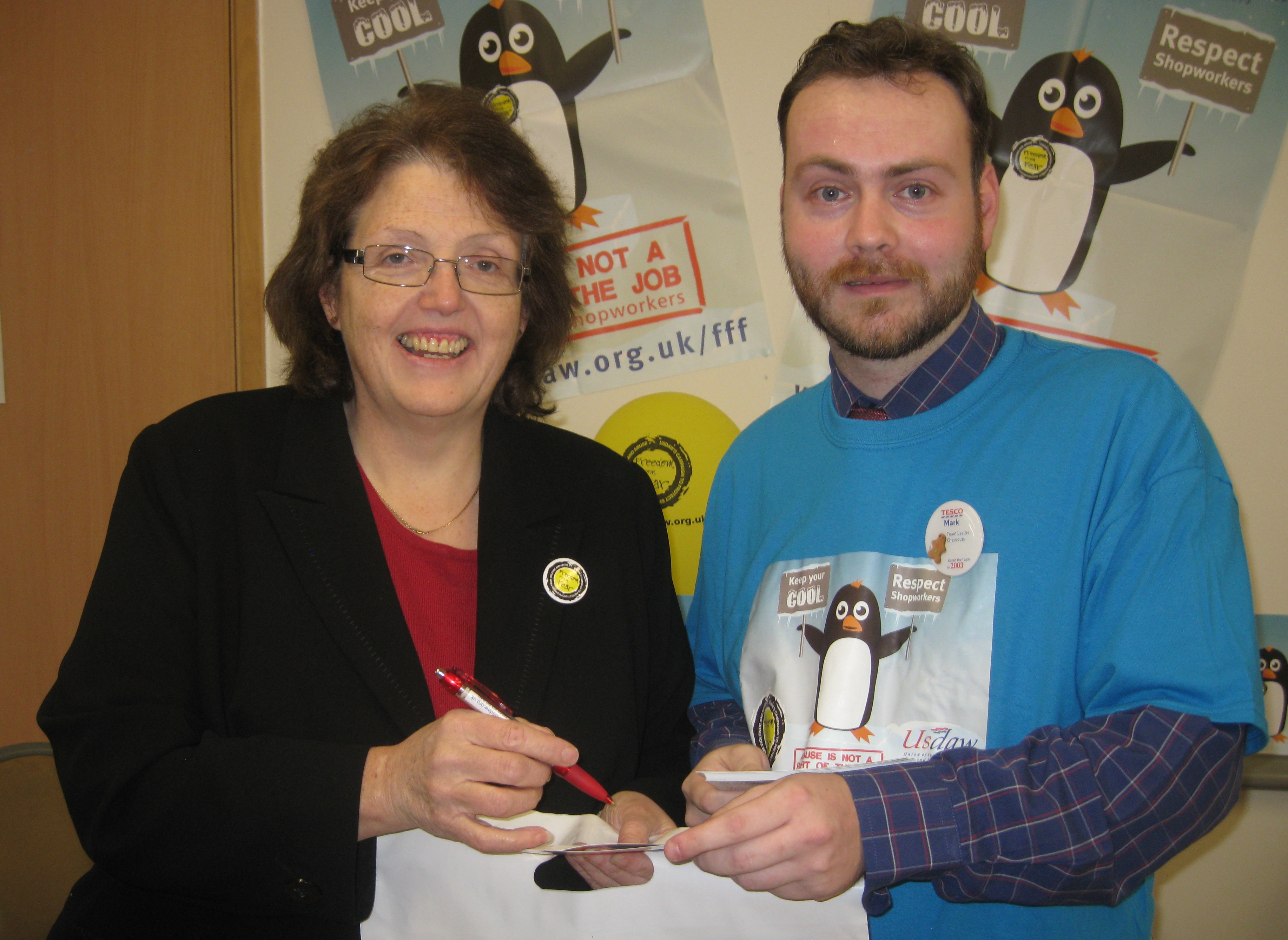 The week, run as part of USDAW’s Freedom From Fear campaign, very much focussed on campaigning for new legislation to protect shopworkers from abuse, and highlighting the issue generally.

MP Rosie believes all shopworkers would benefit from having stronger protection against abuse and violence when at work.

“I am supporting the USDAW Respect for Shopworkers’ Week as no worker should ever suffer any form of abuse, violence or assault in carrying out their work duties, ever.

“With over 300 workers becoming victims every day, this must end now. The Freedom From Fear campaign is a great initiative from USDAW, whilst I will continue to work with my fellow Labour MPs to ensure we put in place the right legislation.

“I must commend the Shop Steward at Tesco Burscough Mark Ainscough for the work he’s done raising awareness of Respect Week and for bringing me down to the store. Having 85 staff at the store signed up to USDAW is amazing and a credit to Mark and his team.

“I was delighted to join them in raising awareness of the campaign and support their work to improve safety in their workplace.”