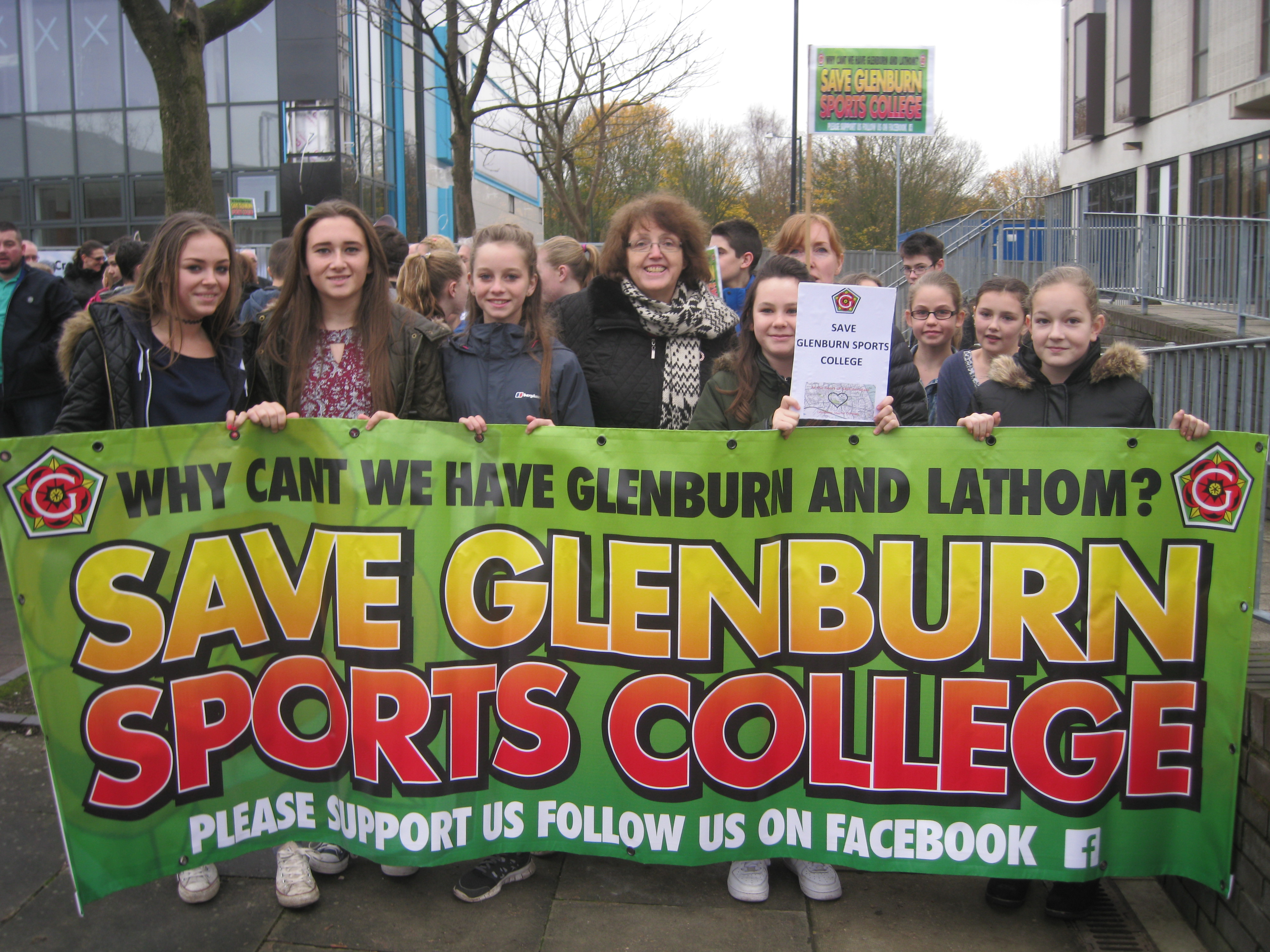 After weeks of hiding in his County Hall Office, County Councillor Matthew Tomlinson finally came face to face with parents and MP Rosie Cooper over their anger at the decision to consult on the possible closure of Glenburn Sports College.

On Friday 28 November the Cabinet Member for Children, Young People and Schools met with a group of 20 parents of children attending Glenburn Sports College, former teachers, past pupils and MP Rosie Cooper.

Previously the schools cabinet member had refused to meet with parents during the consultation period with MP Rosie accusing him of cowardice for hiding away in Preston.

At the meeting which lasted for over three hours a variety of issues were raised by parents including why Glenburn should remain open and how the school is highly valued for the support it gives to the pupils.

Other concerns raised were the failings of the consultation process to date, the lack of educational choice for families, the distances and safety of pupils faced with travelling if they have to move schools and the pressures families will face.

MP Rosie said:
“I am glad that County Councillor Matthew Tomlinson changed his mind and came out of hiding to finally face the parents of Glenburn’s pupils.

“It is important that he understands that there are serious consequences to his decision for the families of Glenburn pupils and all school age children in Skelmersdale. He will not understand the feelings of parents by simply reading the consultation responses and officers’ notes from the consultation event.

“Only by being in the room with the parents can he begin to grasp the depth of their anger, the questions they need answering and to show he is actually listening to them.

“These parents have taken to the streets to march in protest and have been collecting signatures on a petition to ensure that the entire community get to have a say on the future of Glenburn Sports College.

“I will continue to stand shoulder to shoulder with the parents, pupils and staff of Glenburn Sports College. Despite this meeting, we have to keep fighting for the future of the school.”

“I am glad that Matthew Tomlinson finally came down to meet with parents after weeks of initially refusing to do so.

“At least at this meeting the county council didn’t organise to have a police presence as they had at the recent consultation event.

“Having spent time in the room with us he can now actually consider our views and opinions on this consultation and what it potentially means for our children.

“During the meeting we got him to understand where the county council had made certain mistakes, such as including Up Holland High School in calculating the school place numbers for Skelmersdale.

“After the meeting County Councillor Tomlinson tweeted about his ‘lively’ meeting with Glenburn parents. I am sure he is under no illusion that we are going to keep fighting for our children’s future and for the future of Glenburn Sports College.”