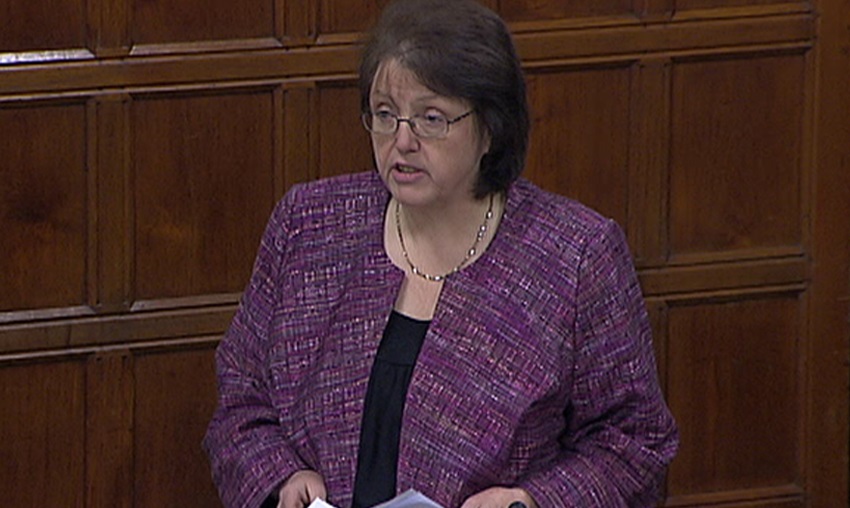 West Lancashire MP Rosie Cooper continues in her fight to save Glenburn Sports College by questioning the Minister of State for Schools David Laws in Parliament during Education Questions today.

MP Rosie raised parents’ concerns about the consultation process to decide on the future of Glenburn Sports College.

Rosie also highlighted parents’ concerns about role of the Director of Education at Lancashire County Council and any potential conflict of interest with his position on the Glenburn Educational Trust., as it was his department which presented the proposal for the consultation on the possible closure of Glenburn Sports College to the Cabinet Member Cllr Matthew Tomlinson.

Many parents have been in touch with Rosie wanting to know from the Minister for Education how they can be reassured the consultation process is being followed properly and fairly and what recourse they have to an independent review if it isn’t.

“Parents have raised concerns with me about whether the consultation process has stuck to the Government’s statutory guidance on school organisation.

“They also want clarity on how the Director of Education can be part of deciding to consult on the future of the school whilst chairing the Glenburn Educational Trust. If there is any conflict of interest, then it could be said that he is judge, jury and executioner.

“I raised this with the Minister of State for Schools as many parents are deeply concerned, and want reassurance that the process has been conducted fairly and transparently, and if it isn’t, what recourse they have to an independent review.

“There are avenues we can pursue to make the appropriate representations, while the Minister also assured me that any decision of Lancashire County Council could be appealed.

“My overriding priority is what is in the best interests of the school children in Skelmersdale. If there has to be a consultation then it needs to be genuine, open and transparent.”

In response, the Minister explained that although the Department for Education has no formal role in the decision making process, representations could be made to the local authority and potentially the Local Government Ombudsman.

Schools Minister, Rt Hon. David Laws MP, went on to say that the governing body could appeal to the schools adjudicator if it doesn’t like the decision reached by the local authority, looking at both issues of process and issues of substance.

In recent weeks Rosie has met with parents, joined hundreds of residents on a protest march, supported the petition signed by over 1000 residents and presented it to Parliament. Also, Rosie has brokered a meeting between a group of parents and the county council cabinet member for schools and secured a Westminster Hall Debate on Secondary Education Provision in Skelmersdale in December.