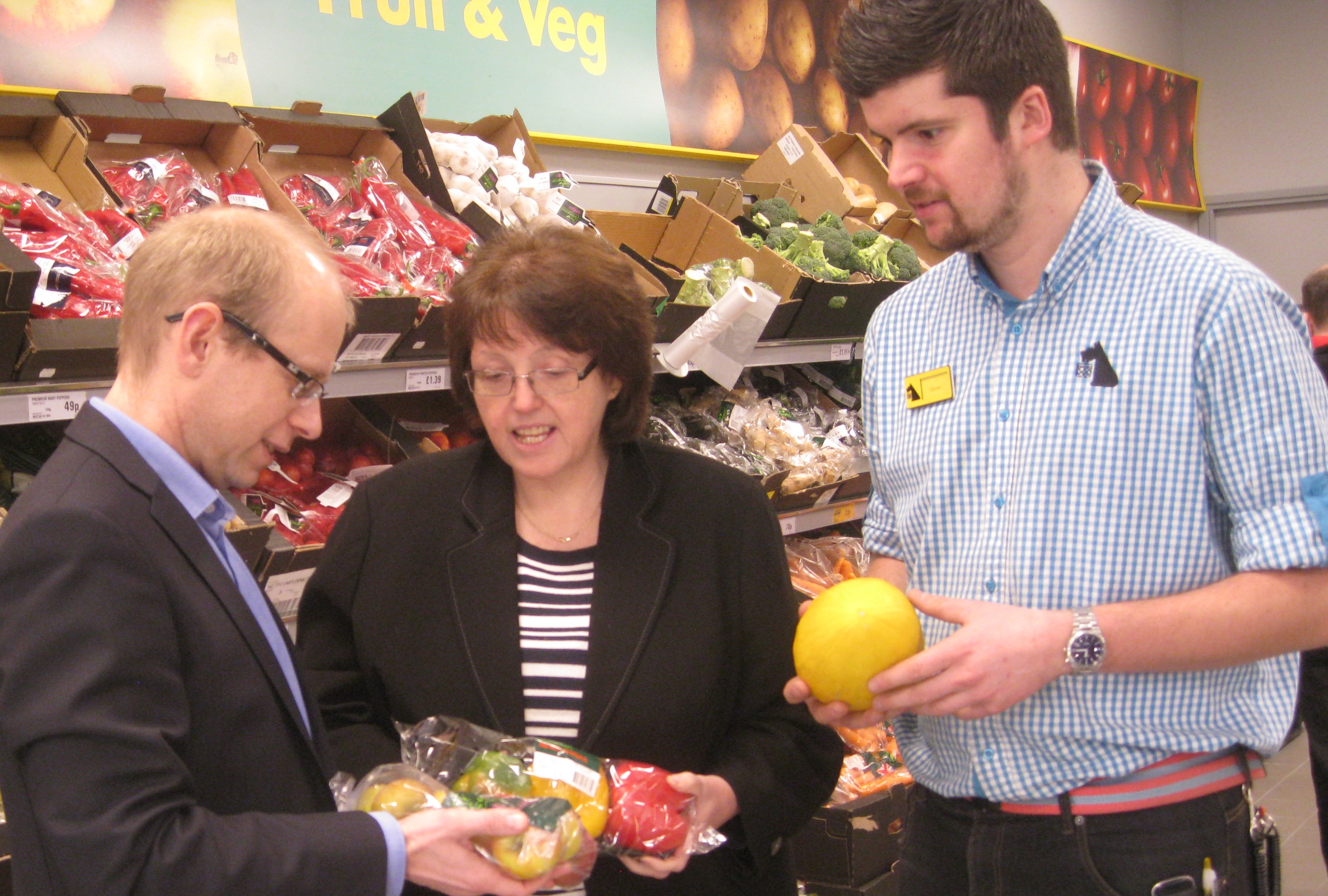 Netto’s return to the UK late last year saw five stores open, with a further 10 to follow this year.

Their unique style gives each store two managers, combining the experience and success of the chain’s Danish staff, with a corresponding home-grown manager giving local knowledge of produce and shopping habits.

MP Rosie was given a tour of the shop and an overview of the operation of the store by Steven, whilst Netto UK Managing Director Mr Nielsen explained to Rosie about Netto’s return to the UK, their business model and plans for the future.

On the tour, Rosie was shown their in-store bakery, and meat section where all fresh meat is 100% British.

During the tour Rosie Cooper also inspected the fresh produce. Since Netto returned to Ormskirk last November the store has sold more fruit and vegetables than any other Netto store.

Following the store visit MP Rosie said:
“It was a great pleasure to meet the Managing Director, Morten and the Manager Steven to speak with me about the store.

“Creating 25 local jobs is a great boost for local people. I wish Morten, Steven and all the team every success in their new venture.”

Netto UK Managing Director, Morten Moeberg Nielsen said:
“I was very pleased to have the Member of Parliament Rosie Cooper come to meet with us in store. We have chosen Ormskirk as one of our first five stores in our re-launch here in the UK and it has been a great success so far.

“It’s been a pleasure to show Rosie around our Ormskirk store. She is a strong supporter of British farmers and growers and showed a lot of interest in how much we buy from British suppliers.

“Although Netto is a Danish company we believe in adapting our stores to each country. We are proud that all of our fresh meat is British and we put a lot of emphasis on having great produce much of which is British when British produce is in season and available at a great price for our customers.”

Ormskirk store manager Steven Hartmann said:
“Local residents have been impressed with our range of choice and our low prices.  I’d like to thank Rosie Cooper MP and all the local residents for their support so far.”