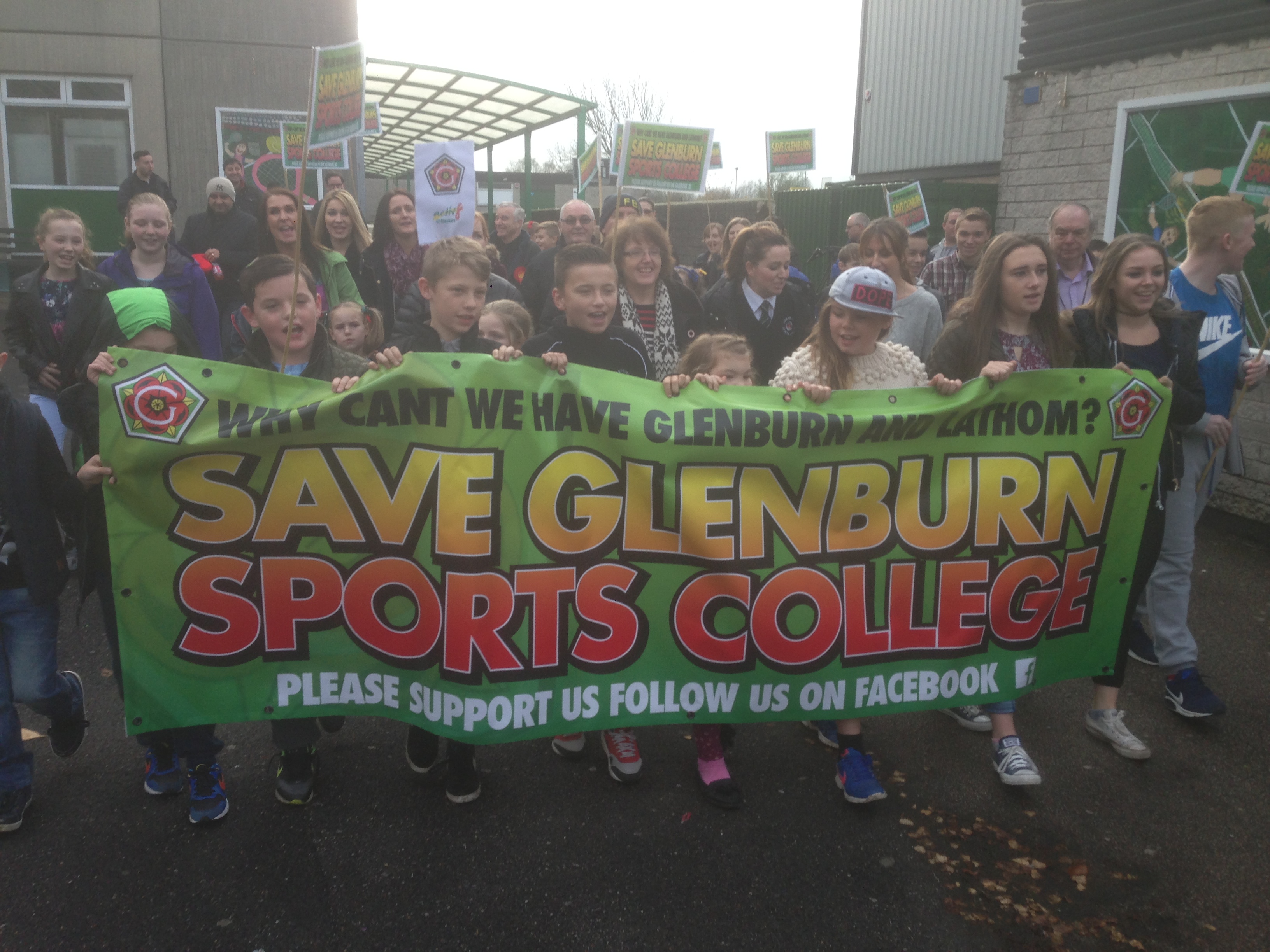 West Lancashire MP Rosie Cooper has reacted angrily to Lancashire County Council’s decision to push ahead with its proposal to close Glenburn Sports College despite 95% of respondents opposing the plans and the failure of the council to adequately address key issues such as transport and community sports facilities.

Following an initial six-week consultation, Schools Cabinet Member, County Councillor Matthew Tomlinson approved a report and recommendations to proceed to stage 2 of the closure process.  This stage is the publication of a statutory notice in the local press of its proposal for closure of Glenburn Sports College.

Stage 3 of the process will be a further four-week statutory consultation period following the publication of the formal proposals.  At this stage anyone can submit comments, objections or expressions of support ahead of a final decision.

Reacting to the decision to continue with the closure proposal, West Lancashire MP Rosie Cooper said:
“Having read this report it seems that Lancashire County Council haven’t really been listening to the parents and pupils of Glenburn Sports College.  Despite 95% being opposed to the proposal they are still pushing ahead with it.

“I am not convinced that the county council have adequately addressed the issues and concerns relating to transport costs, uniform costs, and the future provision of much needed community sports facilities

“I still believe the closure proposal is the cheap and easy option.  It is not the right option though for Glenburn’s pupils or schoolchildren in Skelmersdale.

“Skelmersdale’s children deserve education provision and facilities that match their ambitions, aspirations and the needs of all school pupils.

“I would strongly encourage Skelmersdale residents to have their say once again during the stage 3 consultation.  The futures of Skelmersdale’s school children are too important not to keep fighting.

“Whilst this decision is unwelcome news, I will continue to stand should to shoulder with parents and pupils of Glenburn Sports College.”

Since the announcement by Lancashire County Council to consult on the possible closure of Glenburn Sports College, Rosie has met with parents, joined hundreds of residents on a protest march, supported the petition signed by over 1000 residents and presented it to Parliament.

Also, Rosie has brokered a meeting between a group of parents and the county council cabinet member for schools and secured a Westminster Hall Debate on Secondary Education Provision in Skelmersdale in December.

Most recently, she has questioned the Minister of State for Schools on the potential of a conflict of interest of the Glenburn Educational Trust Chair being the County Council’s Director of Education overseeing the closure.

(ii)                   committing to extending the planned concession around assistance with home to school transport, which is explained within the consultation document and the body of the report, to those pupils allocated to start Year 7 at Glenburn Sports College in 2015; and