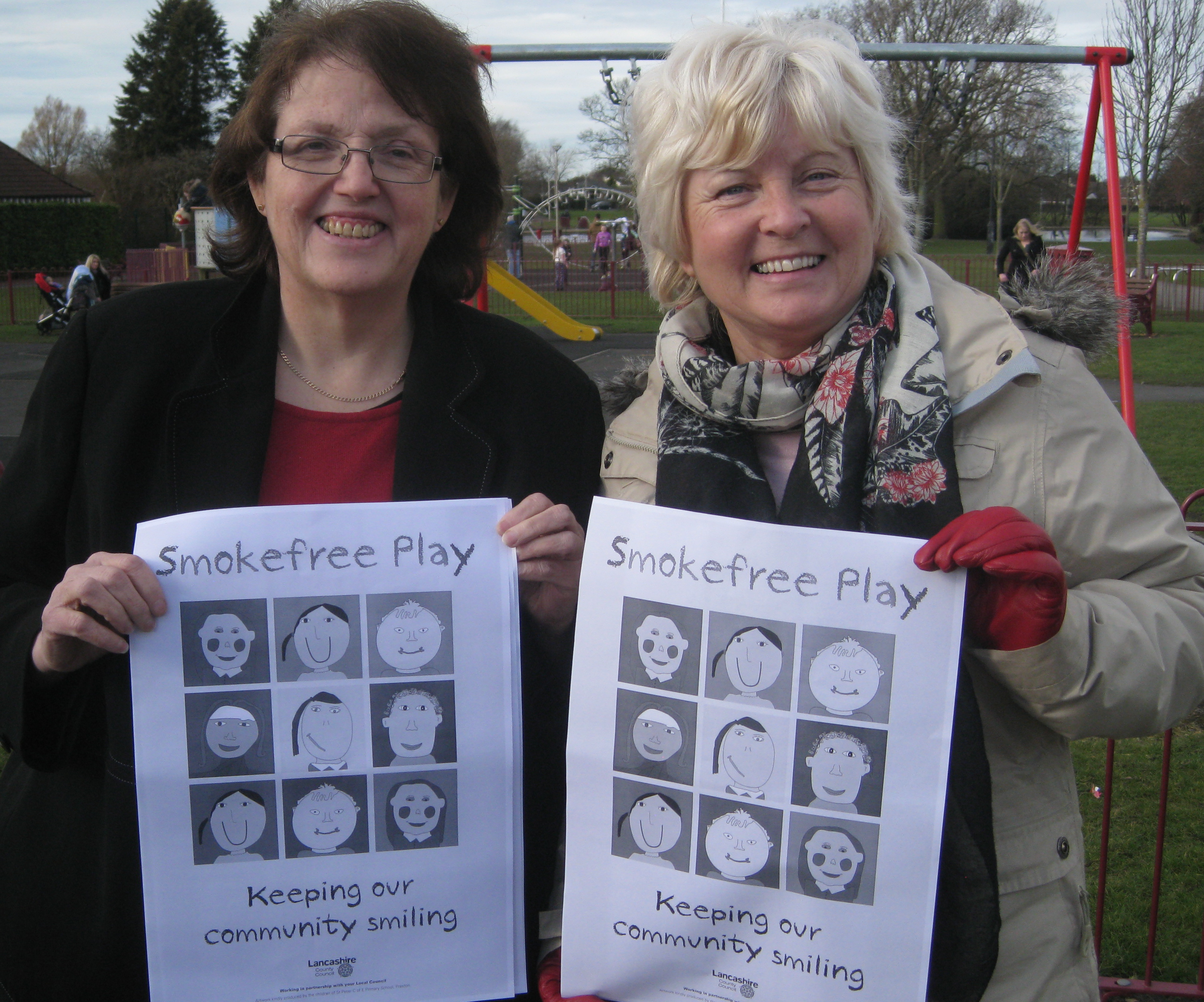 The smokefree play area scheme is a voluntary code aimed at protecting children’s health and encouraging people not to smoke in play areas which would mean smokefree signs being put up in children’s play areas across Lancashire in an effort to discourage children from becoming smokers of the future.

Children learn habits from adults and are more likely to become smokers if smoking is seen as a normal part of everyday life, as outlined in Lancashire County Council’s press statement announcing the scheme in December.

MP Rosie Cooper said:
“In January West Lancashire Borough Council Conservative Cabinet Members agreed to the council being an e-cigarette free environment. The Borough Council report states that ‘smoking habits and attitudes to smoking, have changed, and states ’employees must not use e-cigarettes in open spaces whilst in the presence of children.

“Astonishingly the very same Conservative councillors refuse to support a voluntary scheme discouraging smoking in children’s play areas! They should explain their decision to West Lancashire’s parents and grandparents who take their children to local play areas.

“What a farce! These Conservative Councillors should be ashamed of themselves, and should urgently reconsider their decision.”

Ormskirk County Councillor, Nikki Hennessy said:
“It would seem common sense and good sense to want to protect the health and wellbeing of young children. We know the health effects and consequences of smoking.

“It is just incredible therefore that the Conservative Borough Council would refuse to support this voluntary scheme. It’s not a ban on smoking it is just asking adults to consider children when using play areas.

“Why would anyone not want to protect children playing in local play areas from the harmful effects of cigarette smoke and helping to discourage children from wanting to smoke in the future.

“The Conservative Council’s decision to opt-out of this scheme says they simply do not care.”