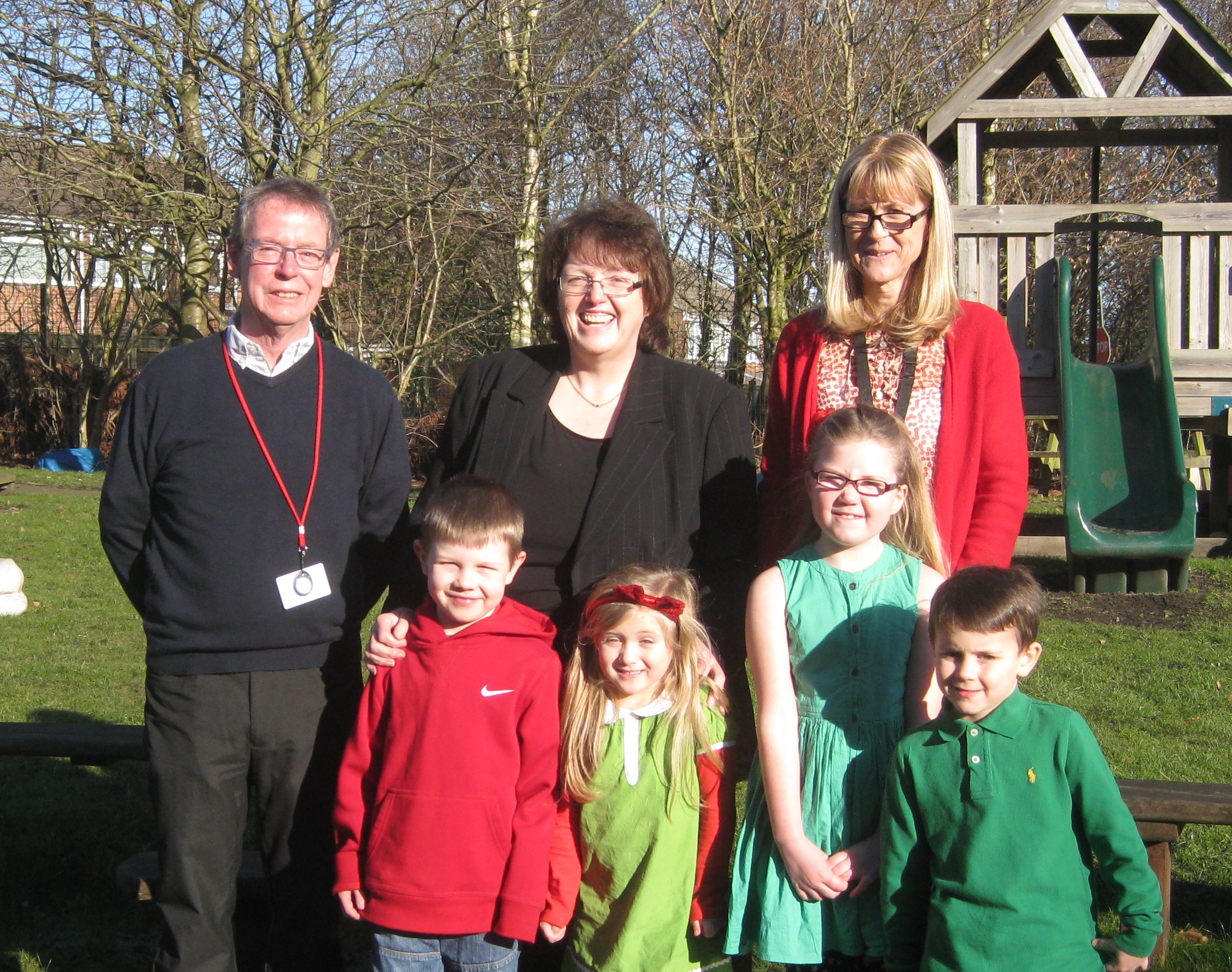 Rosie was given a tour of the school meeting each class, and hearing of the success of the chess-playing pupils. Aughton St Michael’s is the top ranked state school in the country for chess and have just hosted the Ormskirk District Schools’ Chess Tournament.

MP Rosie’s visit also coincided with the school’s Wear Red/Green Day, where students had organised a non-uniform day to raise money for the British Heart Foundation and the Ebola Fund, helping to prevent the spread of the disease.

The children organising the non-uniform day raised £250 to share between the two charities.

MP Rosie said:
“It was a pleasure to be shown around the school and the grounds of St Michael’s School by Headteacher Fiona and Chair of Governors Denis.

“I always enjoy visiting schools in West Lancashire, seeing the lovely grounds and hearing of the incredible achievements of the pupils and projects our young people are working on.

“The selflessness and empathy of these young children was on show during their non-uniform day whilst raising money for charities such as the British Heart Foundation and the fight against Ebola.

“While only recently, all three of the school’s teams from under-9 and under-11 age groups qualified for the National Primary Schools’ Chess Competition.

“I would like to thank Fiona and Denis, and all the children who spoke with me on my visit, for making it a pleasant trip and I wish all the pupils sitting their SATs the very best of luck and to those competing in the upcoming chess competitions.”

Chair of Governors Mr Denis O’Brien said:
“I am glad our MP Rosie Cooper accepted my invitation to visit us here at the school. I was keen to show her around and let her experience the warm, friendly atmosphere at Aughton St Michael’s.”

Headteacher Mrs Fiona Cottam said:
“We got to show Rosie around the school, on the day of a charity drive by our pupils and tell her of recent success in our inter-school chess competitions. We hope Rosie enjoyed the visit.”