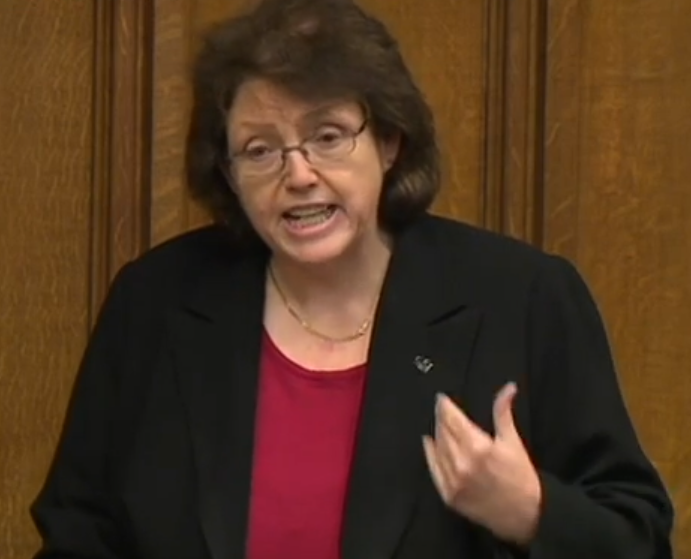 During the exchange at weekly Prime Minister’s Questions, MP Rosie challenged the value of a concessionary bus pass if there are no buses on which to use the pass.

Rosie continued fighting her campaign to secure concessionary rail travel for West Lancashire pensioners, which she has done for several years alongside local pensioner groups such as West Lancashire Pensioners Forum and Skelmersdale Senior Citizens Association.

MP Rosie believes that West Lancashire pensioners deserve a fair deal on rail travel, like their neighbours in Liverpool, Wigan and Southport.

Speaking after Prime Minister’s Questions, MP Rosie said:
“It’s all well and good the Prime Minister saying that pensioners ‘deserve dignity’ when they retire. Whilst the commitment to protect the concessionary bus pass is welcome it doesn’t recognise or solve the problem West Lancashire pensioners face in getting about.

“We have a situation in which private bus companies are stopping services across all communities leaving those who rely on public transport increasingly isolated.

“At the same time the Conservative government have slashed the budgets of local authorities, which means they don’t have the funds to subsidise replacements services.

“Then we have a Borough Council who when they had the chance and the money to provide a fair deal for pensioners on concessionary travel chose to fill the council pockets instead. The profits they made from the original bus pass scheme were put into the council coffers instead of supporting local pensioners. The same council also wasted £650,000 on demolishing four homes to extend the council car park but refused to discuss how this money could be used for concessionary rail passes for local pensioners.

“The Borough Council also appears to ignore the fact that that there are no rules stopping them from providing additional travel concessions for local residents. Perhaps it’s time to return the money they pocketed in the past.

“The Prime Minister also delivered a real slap in the face to West Lancashire pensioners by ignoring the question. Just as the local Conservative Borough Council shunned local pensioners when it came to delivering a fair deal on concessionary travel.

“I do have a clear message for Downing Street and for Derby Street, neither me or local pensioners are going away and won’t be ignored.”