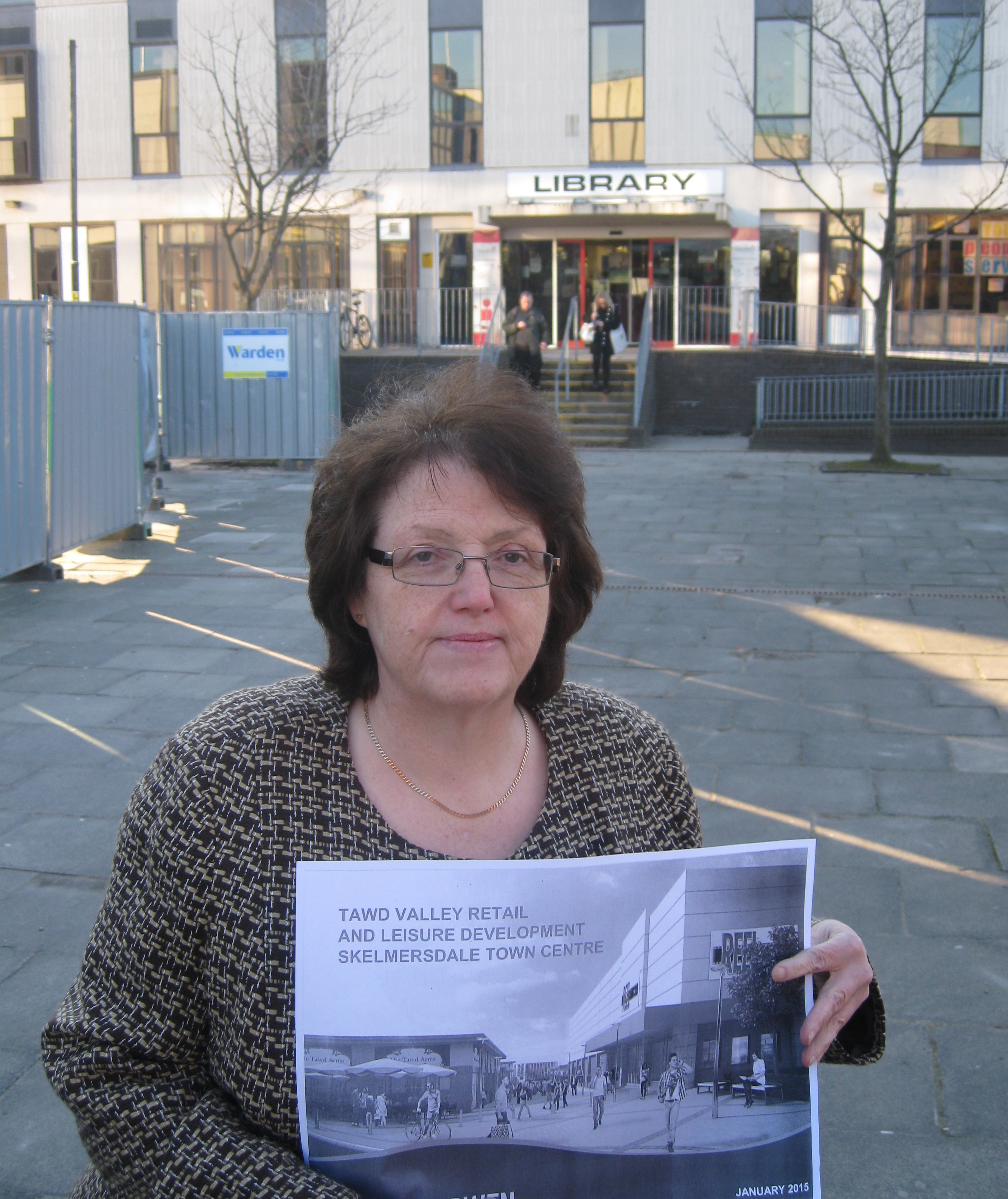 West Lancashire MP Rosie Cooper has warmly welcomed planning permission for the redevelopment of Skelmersdale town centre, which she has supported and determinably campaigned for in recent years.

Rosie is committed to seeing a town centre redevelopment scheme delivered, despite the delays, false starts and the Conservative Council’s effort to walk away from the project.

Speaking following the planning committee’s decision, MP Rosie said:
“Skelmersdale needs its place as a 21st century town. To achieve this goal the redevelopment of the town centre is an integral part of a new future for the town and its residents.

“Way back when the Council initially announced ‘Skem Vision’ in 2006, I’ve always remembered a resident’s comment that Skelmersdale has had more visions than St Bernadette. That stuck in my mind and I was determined to ensure that this time a vision was realised. Now that we have a decision, that vision needs to include diggers on site and work to begin.

“Not until the first spade is in the ground will residents have confidence this scheme will be delivered. I am clear there can be no more false starts, it’s time for this town centre to be delivered.

“Alongside West Lancashire College this town centre redevelopment is the next step in having a heart of the town which matches the ambitions and aspirations of Skelmersdale residents. While these plans for a new high street are long awaited, they do offer a new future for the town centre, which is what the residents deserve.”