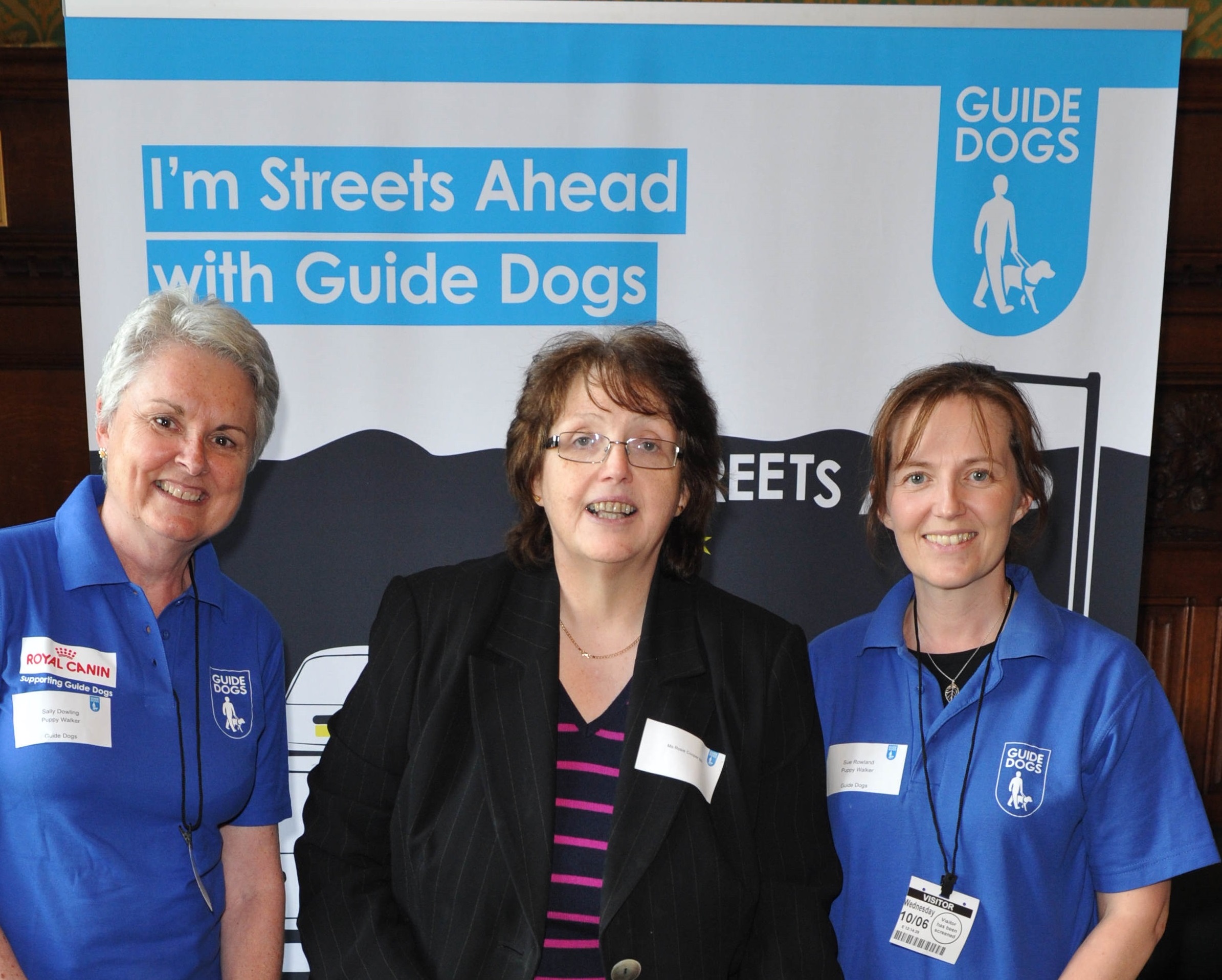 West Lancashire MP Rosie Cooper was given a star on Guide Dogs’ pavement parking Walk of Fame for supporting the charity’s campaign to stop cars parking on pavements.

The event highlighted the problems faced daily by guide dog owners who are being forced to walk into the road to avoid cars blocking their path. MPs heard from one guide dog owner who had even considered giving up his guide dog because of the constant obstructions he faced when out and about.

Pavement parking is already an offence in London, but the rules in the rest of the country are complex and patchy, leaving drivers uncertain of where they can and cannot park. Guide Dogs is calling for the introduction of comprehensive laws across the UK, which will outlaw pavement parking, but allow local councils to grant an exemption in areas where pavement parking is unavoidable.

“Current laws on pavement parking are often confusing for motorists, dangerous for vulnerable road users and costly for councils who are having to repair damaged pavements.

“It is important that local authorities have the power and choice to manage local streets, but I also believe that this patchwork of rules on pavement parking needs to be reformed so there is greater national consistency.

“I will continue to work with Guide Dogs to campaign for and implement a bill in Parliament to tackle the issue of pavement parking.”

“Cars parked on pavements blight the lives of people living with sight loss and other vulnerable road users including wheelchair users and parents with buggies or prams.

“Imagine how frightening it must be to step out into a busy road when you can’t see on-coming traffic, or you have your young child with you. We want to stop people from being forced into the road and we call on all parties to support a new law on pavement parking.”