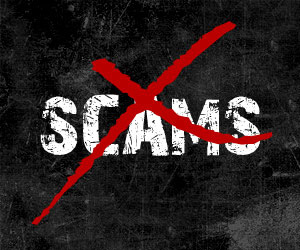 West Lancashire MP Rosie Cooper is encouraging residents to be vigilant when it comes to fraud and scams, which are on the increase.

West Lancashire’s figures remain below those of the North West region but reflect a worrying trend of rising fraud.

“Social engineering” fraud scams, with a 20% increase in such crime, contributed to the rise. Fraudsters find a person’s data, publicly available on social media and other sources. They then use this information to sound convincing when attempting to manipulate them into sharing confidential information.

A new campaign ‘Think Twice Before You Act’ has now been launched to raise awareness of these “social engineering” scams.

“Fraudsters are finding ever more sophisticated ways to con people out of their hard earned money.

“These scams are not easy to spot so it is important to raise awareness of them, and how they work, to avoid being stung.

“The most popular covers for these phishing scams include fraudsters pretending to be from BT, iTunes/Apple, HMRC, the Lottery, PayPal, Amazon or a bank.

“I’d encourage anyone who thinks they are a victim of fraud to contact Action Fraud, the national fraud reporting centre, by calling 0300 123 20 40.”

As part of the ‘Think Twice Before You Act’ campaign more information is available at www.GetSafeOnline.org