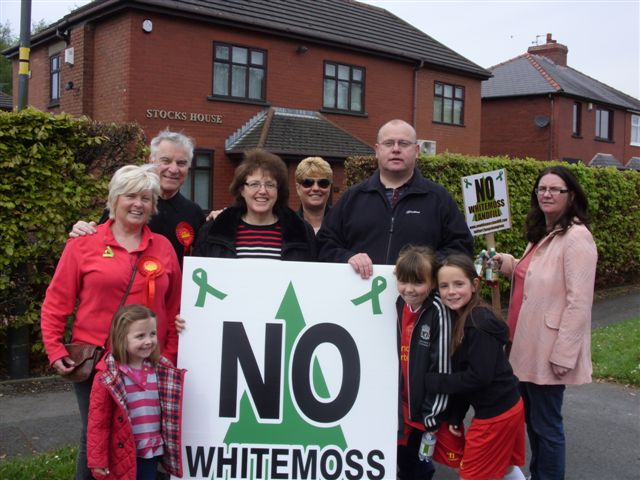 West Lancashire MP Rosie Cooper is encouraging Skelmersdale residents and people across West Lancashire to have their say on the draft decision to vary the permit for Whitemoss landfill site issued by the Environment Agency, which is to be consulted on.

Launched today the consultation will run until 27 April 2016 enabling local residents to make their views known on the application for a permit variation.  At present the permit covers 6 hectares of the site.  The new permit would allow for extending operations to the Western landfill area recently given planning permission.  This extension is 12.7 hectares.

Speaking following the launch of the consultation, MP Rosie Cooper who has campaigned to close Whitemoss landfill site said:

“I would strongly urge local residents to have their say on the draft decision to vary the permit for Whitemoss landfill site.

“The change will allow the company permission to use an area that is twice the size of their existing landfill site for more waste dumping.

“Whilst the Environment Agency are minded to allow the permit variation, which is disappointing for residents neighbouring the site and Skelmersdale as a whole, this is not their final decision.  Therefore, it is important to make a submission to the consultation.

“Residents have until the 27 April 2016 to get their consultation responses submitted either online or in writing to the Environment Agency.

“Whilst the fight to stop any more waste dumping goes on in the High Court it is essential that residents voices are heard on all matters concerning the future of Whitemoss landfill site until all avenues have been exhausted.”