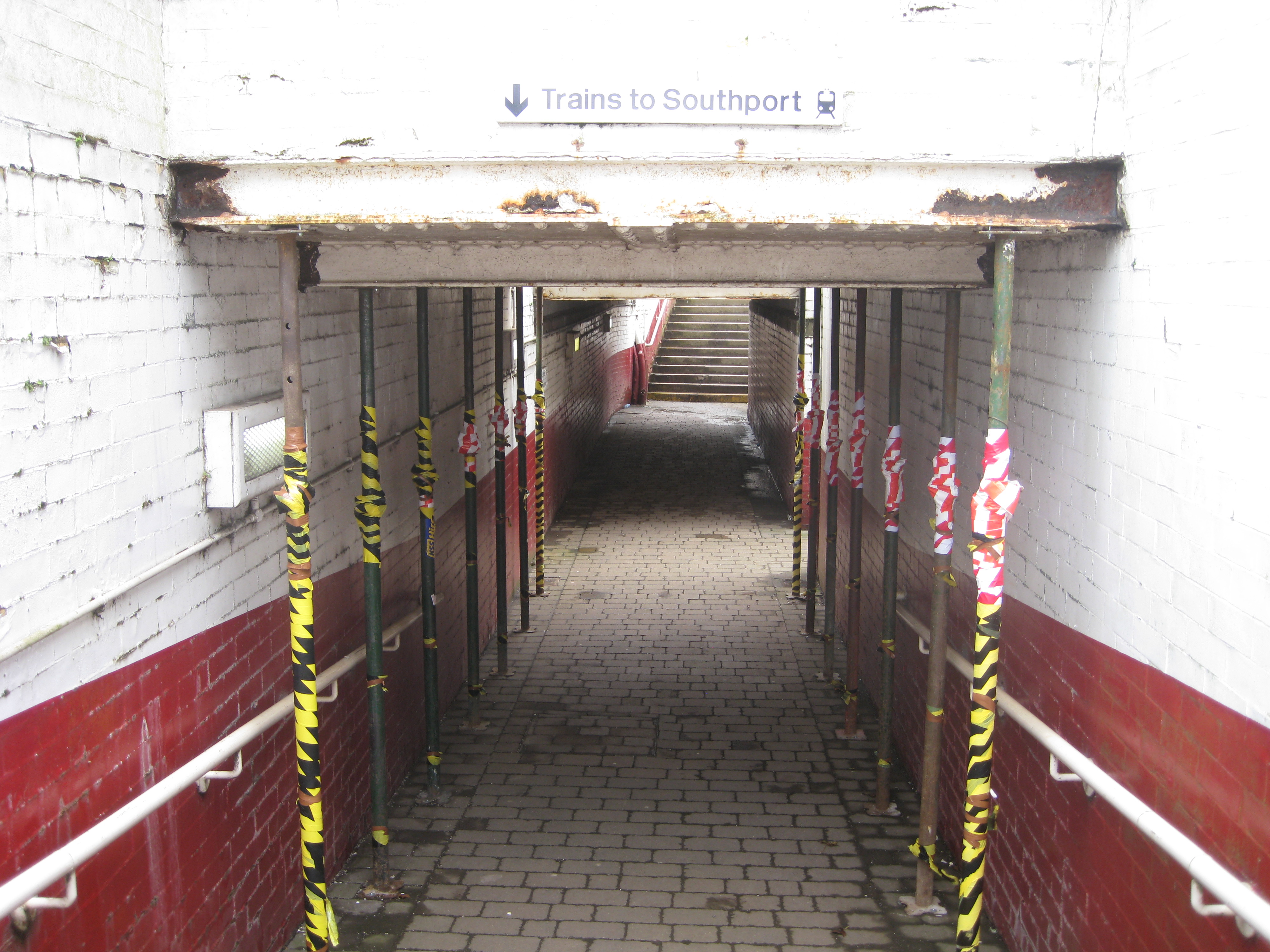 Between flooding and the props holding up the subway ceiling, Parbold residents face an assault course just to use the rail subway to cross the road, says Rosie Cooper MP.

In recent months MP Rosie has received various complaints relating to the subway that passes under the railway on Station Road in the centre of Parbold village.

Residents complaints to Rosie include two incidents of flooding of the subway in November and on Boxing Day 2015, corroded girders with holes you can fit hand through requiring props to hold up the ceiling, and Network Rail not acting or even accepting ownership of these problems initially and then their inadequate responses to constituents’ enquiries.

For many residents the subway is the safe walkway rather than using the rail crossing where there are no pavements on the main road through the village or having to wait when a train is at the station and the barriers are down.

MP Rosie who has raised these concerns directly with Network Rail said:

“Residents are frustrated at having to chase round trying to find out who is responsible for subway maintenance.  Unhelpful to say the least from Network Rail to deny it the subway is their property initially.

“Then we had a warning in November when the subway flooded before the heavy rainfall on Boxing Day caused devastation including making the subway completely impassable for a second time.

“Now we have a situation with props being installed to hold the girders in place, which have rusted away at the points where they are resting on the supporting walls.

“Given the amount of weight that crosses over this subway structure with trains, cars and lorries residents are wondering if this structure is safe but they can’t get any information.

“This highlights another of the residents concerns which is the lack of communication and in the inadequacy of the responses they are getting from Network Rail.  From denying responsibility for the subway, to the time they took to respond to complaints and the quality of the replies – residents of Parbold don’t believe Network Rail is a good neighbour.

“I have raised all these concerns with Network Rail on behalf of Parbold residents. We need urgent action to resolve this impasse!”