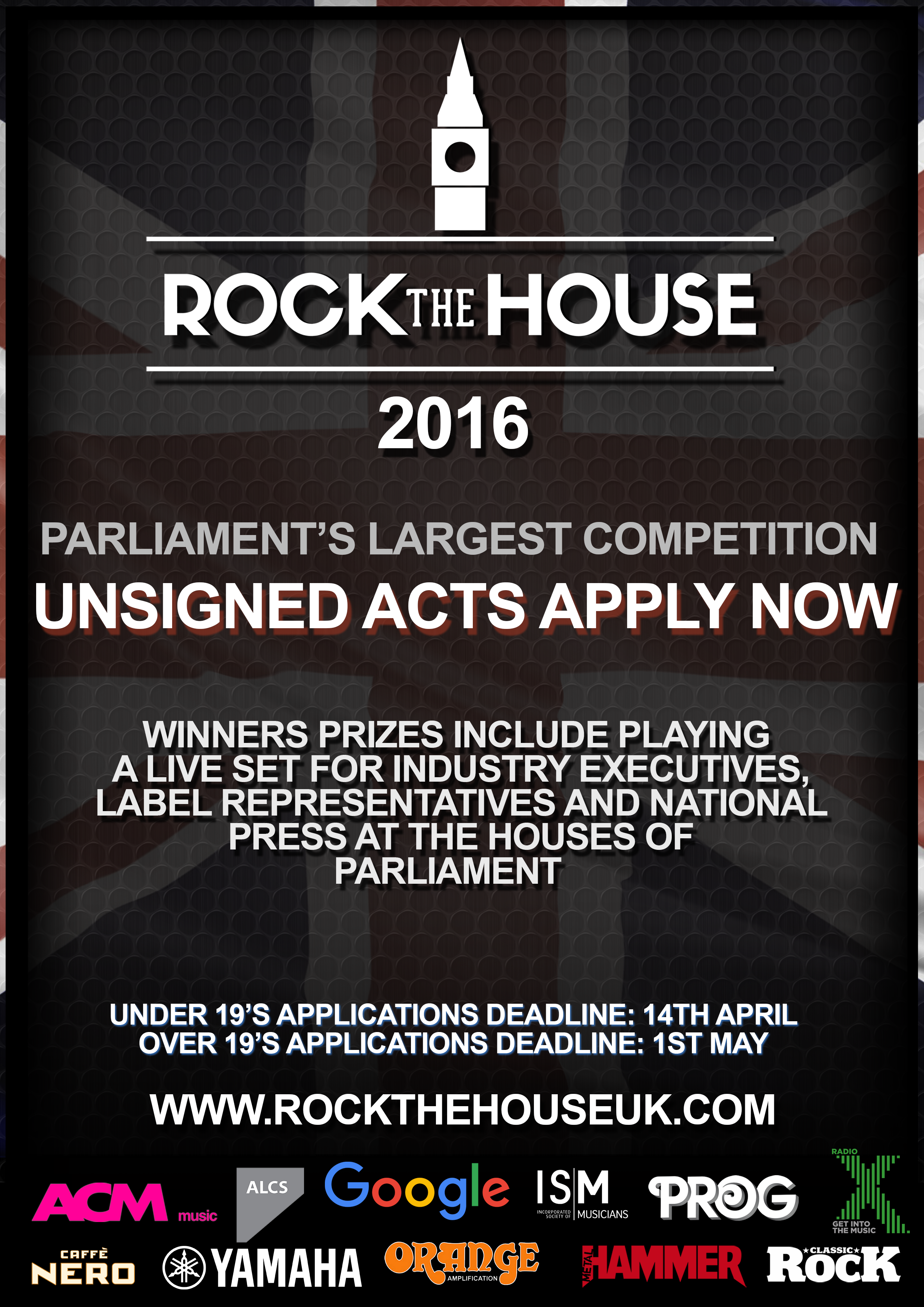 The competition, now in its fifth year, offers the opportunity to put local musicians and film-makers in direct contact with the movers and shakers of the two industries and to have the best of West Lancashire’s talent take front and centre stage. Judged by the leading lights of industry, with prizes ranging from festival slots, studio time and top-notch equipment, the Rock the House and Film the House competitions are a pioneering opportunity to showcase what West Lancashire has to offer, raising awareness about the importance of Intellectual property (IP) to our creative industries and country.

Dates for the 2016 competitions are:

More information on how to apply for each competition can be found at:

“I welcome the return of Parliament’s most-hotly contested competitions, and would urge all local musicians and film-makers to enter Rock the House and Film the House. This is an excellent opportunity for West Lancashire to celebrate our local talent and, as all nominations are judged by industry experts, there is no finer chance for our musicians and film-makers to gain exposure.”

Member of the Culture, Media and Sport Select Committee and Chairman of the All Party Parliamentary Group on Music, Nigel Adams MP (Selby & Ainsty) and Liberal Democrat Lords’ Spokesperson for The Creative Industries, Lord Tim Clement-Jones are to head up Rock the House & Film the House for 2015-2016 in Parliament.

“Rock the House is a great project which celebrates the fantastic diversity of the British music scene and gives musicians a vehicle through which to hold their legislators accountable about protecting the music industry’s intellectual property.”

“Rock the House has once again been a genuine success this year, engaging a unique combination of politicians, young people and consumers alike with the message of respect for IP. I am committed to making sure the copyright system that underpins the UK’s outstanding music industry is understood and respected.”

For more information on how to enter Rock the House go to www.rockthehouseuk.com;

and for Film the House www.filmthehouse.com.