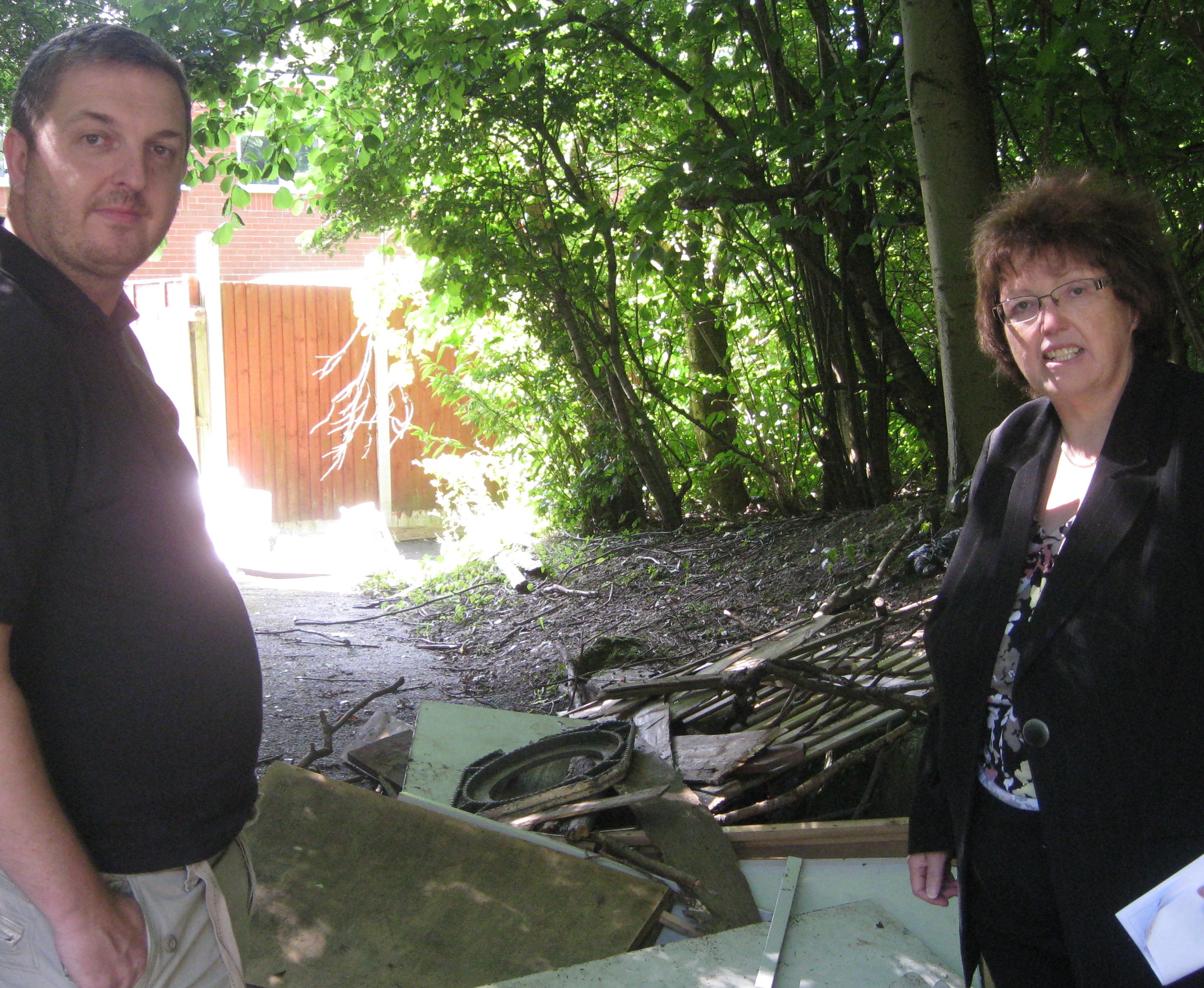 West Lancashire MP Rosie Cooper has visited local residents in Ashurst, Skelmersdale, to see first-hand the damage and destruction caused by the floods in June. Floods that left one resident living in a caravan, and an 81-year-old resident having to dispose of his belongings.

A combination of excess water from a culvert running down from Ashurst Beacon and blocked grids forced the water on to a former children’s playground, which then overflowed down on to the residential estate.

Residents described to Rosie how the play area was filled with six feet of foul water containing raw sewage.

In trying to stop the flooding residents built a makeshift dam out of scrap wood – the only line of defence between the residents of Long Hey and the pool of filthy water building up behind their properties.

Neighbours had to help an 81-year-old council tenant whose home was flooded load his damaged belongings into a skip.

“It was absolutely dreadful to see first-hand how residents’ homes had been utterly devastated by the flood waters.

“Forced out of their homes. Possessions, some of sentimental value and irreplaceable, being thrown in a skip.

“It is simply appalling what these residents have had to endure through no fault of their own. Still when they turn to the responsible authorities there is little help tackling the problem or support in the clean-up.

“Every time there is a flooding incident it only highlights the lack of meaningful leadership in responding and supporting local residents in their time of need.

“I have raised my concerns following the visit with each of the relevant authorities. We have to find a way to really help residents.”