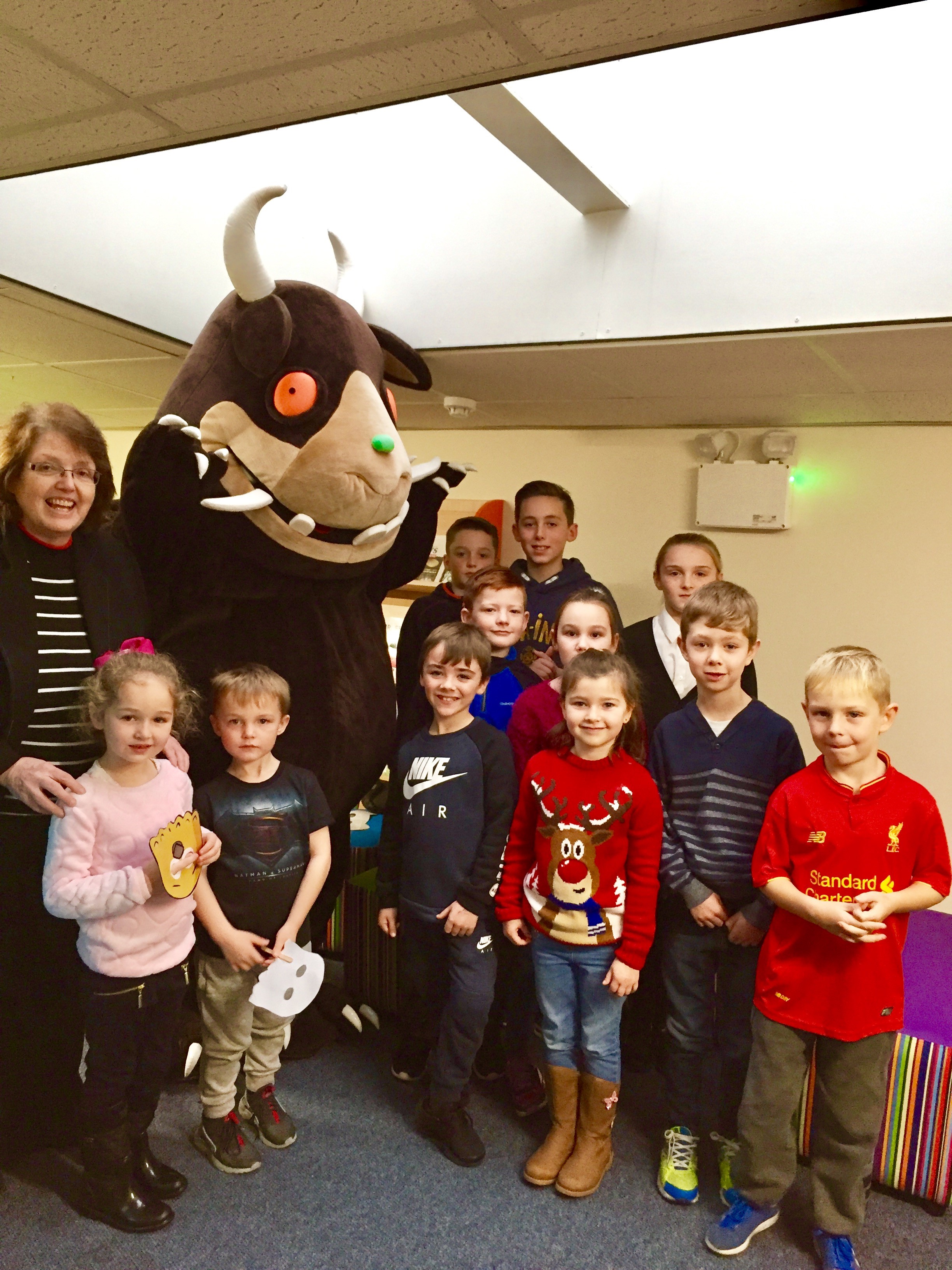 On Thursday 8 December 2016, West Lancashire MP Rosie Cooper had the privilege to officially opened Delph Side Primary School’s new library and intervention centre, in the heart of Skelmersdale.

MP Rosie was joined by Liz Ormerod (headteacher), school council members, school governors and a child’s story favourite, the Gruffalo, at the event.

The new library provides a state of the art finger print ID book loan system, a massive selection of books and a brand new interactive projector to create a valuable learning space. Located underneath the library are two new intervention rooms, where pupils can get one-to-one tuition and a private space in which to work and learn.

Funding for the new learning rooms came through a combination of fundraising events organised by the school’s Parent, Teacher and Friends Association, which included summer and Christmas fairs. A successful ‘Awards for All’ funding bid supported the project costs, as well as disability funding for the provision of a lift to make the mezzanine level library fully accessible.

“A huge congratulations and well done to all the people involved in making this project happen. It has taken an army of pupils, parents, families, friends, staff and governors supporting this project with their time and money.

“Access to such high quality learning rooms and a library can only benefit each child’s education.

“Being entertained whilst watching the school act out the Gruffalo story, which was brilliantly done, was a great end to a great visit.

Headteacher, Liz Ormerod said:
“Thank you to our MP Rosie Cooper for coming along to officially open the new facilities.

“This has been an exciting project for Delph Side, involving a lot of hard work from many individuals, I can’t thank the team enough.

“We wanted to do this because our new library ensures reading is at the heart of our school.

“We believe it will make a difference to our children and enhance their learning experiences – the children are incredibly excited.”