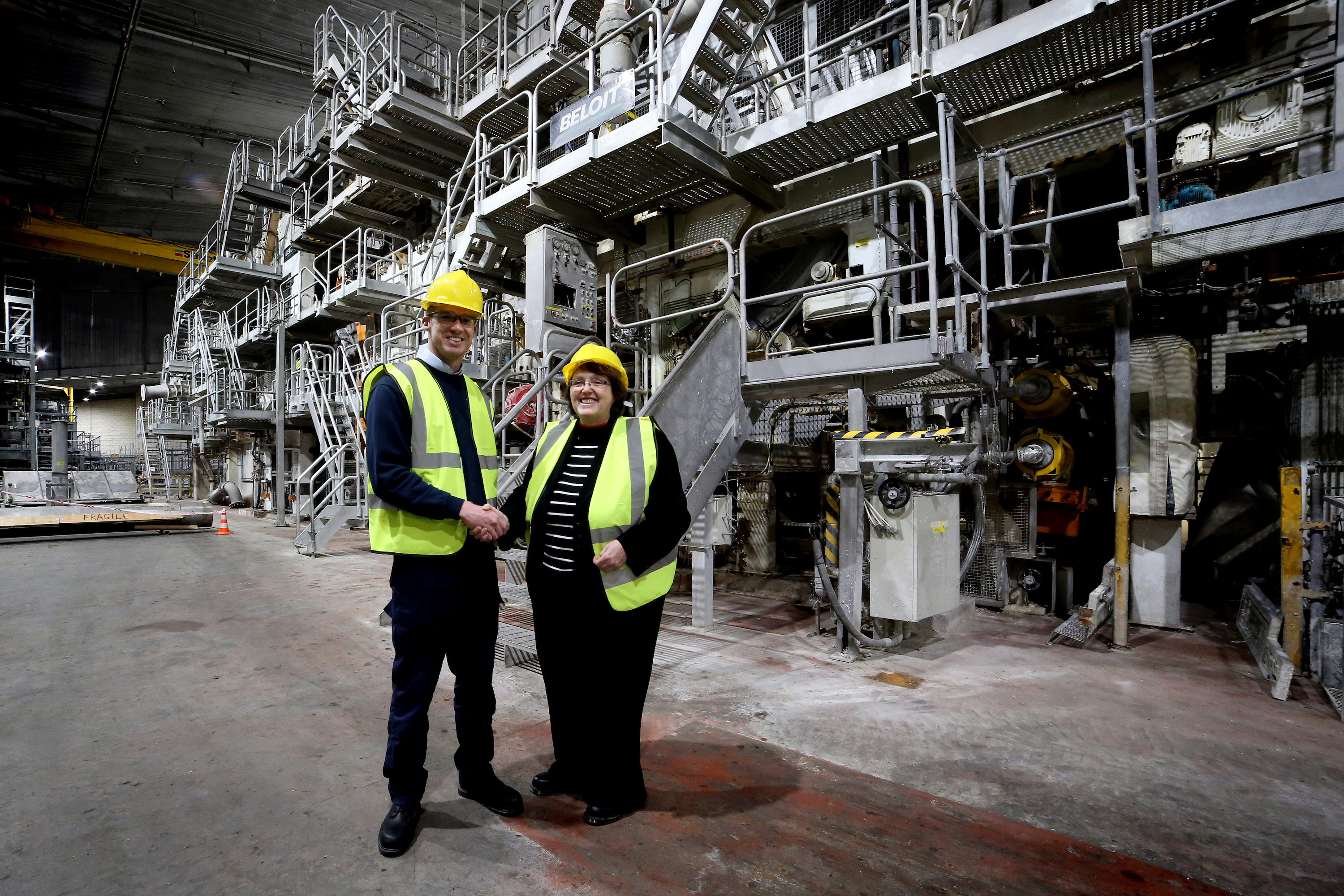 Leading global hygiene company SCA has started work on a £12 million investment programme at a paper mill in Skelmersdale that will create around 40 new jobs.

The company expects its Tawd Mill in Paddock Road will be operational by the end of the year, and make SCA the biggest manufacturer in the UK of what is known as TAD or through-air-dried tissue paper.

Originally opened in 1999, the Tawd Mill was mothballed in 2008 but kept in perfect operating condition until additional manufacturing capacity was required. The investment follows increased customer demand for soft, high-quality TAD tissue.

Each year, thousands of tons of paper on giant ‘mother reels’ will leave the mill for other SCA sites across the UK -; where tissue is converted into some of the UK’s best-known household brands such as Velvet, Plenty and Cushelle.

SCA’s existing Skelmersdale site on Pimbo Road, has 334 employees and is one of the largest sites in Europe for the production of the company’s ‘Away-from-Home’ range -; that includes Tork folding hand towels used in hospitals, hotels and motorway service areas.

“For them to make another investment of this size on their second site in the town is fantastic news, and speaks volumes for Skelmersdale’s ability to attract major global companies.

“The company operates in a fiercely competitive marketplace, and their commitment to the town is most welcome. I also saw for myself today that the Tawd site is designed with future expansion in mind and hope that this is not the last of the good news!”

SCA’s site manager Barry Clarkson added: “At the moment there is a national shortfall of high-quality through-air-dried tissue, and much of the raw material used in the UK is imported.

“Tawd Mill in Skelmersdale is central to our plans to increase our market share, and making a major increase in our TAD tissue production will give us a competitive edge in a very crowded sector.”