Parliamentary Select Committees are among the most powerful and influential bodies in Westminster, tasked with holding the Government, Cabinet and other agencies to account for their actions.

The Health Select Committee can choose to scrutinise plans and actions by the Department of Health, and Health Secretary Jeremy Hunt, as well as NHS bodies, Care Quality Commission (CQC) and other related organisations. 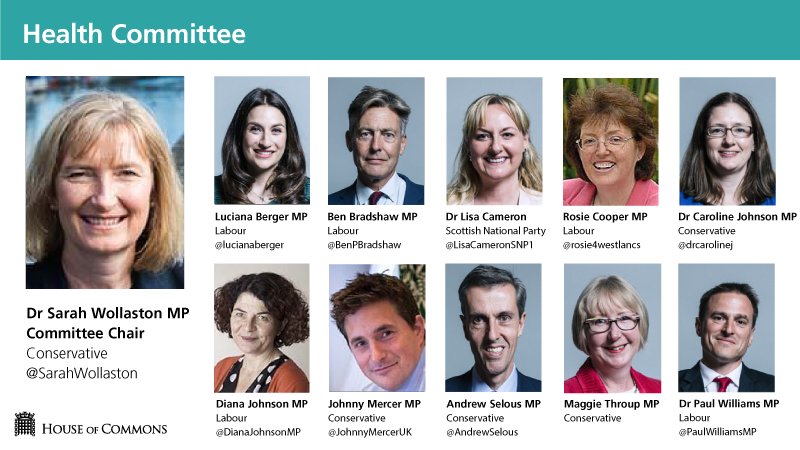 The Committee has already launched two separate inquiries, into the current and future scale of the shortfall of nursing staff, and the arrangements post-Brexit to guarantee supply of medicines, devices, and products.

West Lancashire MP Rosie Cooper said:
“It is a privilege and an honour to yet again be elected to the Commons Health Select Committee by my colleagues, and I thank them for their continued support.

“Much of my political career has centred around health issues from increasing access, to improving care, to exposing malpractice. Our National Health Service is something I care deeply about.

“Having been elected to this Committee before, I know full well the importance of the work it does in ensuring we are holding the Health Secretary, and other NHS bodies to account for decisions made about our NHS.

“Already we are getting on with the real work of addressing the issues around the nursing staff shortfall and ensuring we are as fully prepared as we can be as we move towards Brexit ensuring our access to and the supply of vital medicines.”

Rosie Cooper MP has been involved in health issues and the National Health Service for the past thirty years. She has been involved with the NHS as a member of Liverpool Health Authority and then Vice-Chair between 1994 and 1996. In 1996 she became Chair of Liverpool Women’s Hospital. During her tenure as Chair Rosie successfully delivered Foundation Trust status for the hospital in 2005.

In 2007, she was Parliamentary Private Secretary (PPS) to then Health Minister Ben Bradshaw MP.

Rosie was a trustee of the Roy Castle Lung Cancer Foundation, where she introduced Roy Castle to the Moores Family (Littlewoods) which led to the only dedicated Lung Cancer Research Centre in the world associated with the University of Liverpool.

Additionally, Rosie is a former Director of the Merseyside Centre for Deaf People.

Most recently, MP Rosie has campaigned against the threat to A&E at Southport and Ormskirk Hospital, to ensure NHS services are retained in West Lancashire, and against privatisation of the NHS particularly West Lancashire NHS CCG’s dreadful decision to remove services from our local hospital, awarding those contracts to Virgin Healthcare. She has also exposed huge failings in audit and governance at Liverpool NHS CCG where senior officers awarded themselves huge increases in their financial remuneration at the expense of the taxpayer.