The brook’s banks were considerably overgrown leaving it both unsightly and potentially impacting on waterflow, while there were also reports of illegal dumping. 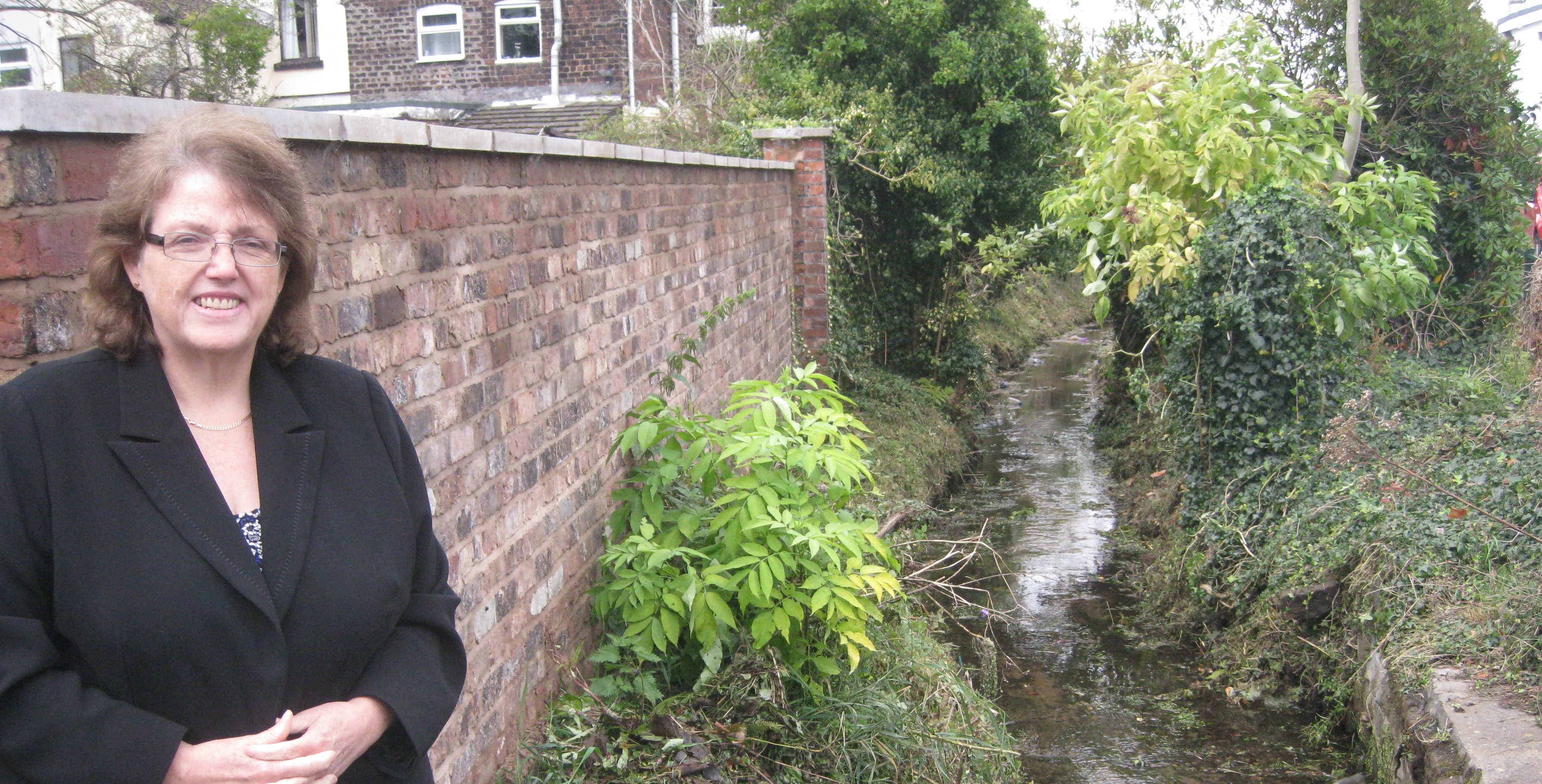 Dyers Lane residents have had problems in the past, having experienced heavy flooding in 2012 and 2015, and so it is very important this issue is addressed to ensure the state of the brook doesn’t contribute to any danger of future flooding.

The Environment Agency have responded by carrying out their annual maintenance work on the brook and surrounding areas. MP Rosie first secured agreement over the maintenance work back in 2015.

Rose Cooper MP said:
“Not only was the brook rather unsightly and overgrown, some residents were concerned over pollution levels. Therefore it is vital that the brook is maintained to an appropriate standard so as not to pose any risks.

“I welcome the Environment Agency’s continued positive response in carrying out the required maintenance work. Having visited the brook myself it does appear to be much improved.

“It is important that residents feel assured that the relevant authorities are working to keep our watercourses clean and well maintained to prevent any flooding.

“While some residents report that the brook has been used as a dumping ground, I would encourage any resident who is concerned to contact me on 01695 570094 or email me so that I can raise this with the relevant authorities.”