At an informative and at times heated meeting on Friday, which MP Rosie organised to address some of the flooding issues in West Lancashire, Rosie fielded questions from constituents to the panel which included six different agencies with varying responsibilities for flood defence and relief.

Members of the ARRCCHS flood group and Ormskirk’s Knowsley Ward Borough Councillors Gareth Dowling, Nikki Hennessy and Adam Yates asked members of the panel when they can expect to see the study be made public.

The report was first commissioned in 2015 and findings were shared under embargo at its earliest approximately 15 months ago, but there has been no further communication on when or if the report will ever be made public.

MP Rosie challenged the representatives from Lancashire County Council who were present on where the report was and why it hadn’t been made public yet.

West Lancashire MP Rosie Cooper said:
“The ARRCCHS Ormskirk flood group, my constituents, councillors and I are all exasperated waiting to see the findings of this report and its recommendations.

“We’re aware the Hurlston Brook Flood Risk Study concluded its findings in September 2016 and the document has been printed with an April 2017 date, yet it is still not available for public consumption.

“The issue is simply the public don’t know what the recommendations are, what actions can and will be taken and until we know we are at a standstill. We can’t make progress or hold to account any of the agencies mentioned within the report under its recommendations.

“This is a report costing over £100,000 of taxpayers’ money and unless it leads to action it is just money down the drain. The response from Lancashire County Council was not good enough on the night so I have subsequently written the Chief Executive to have this report published and actioned.” 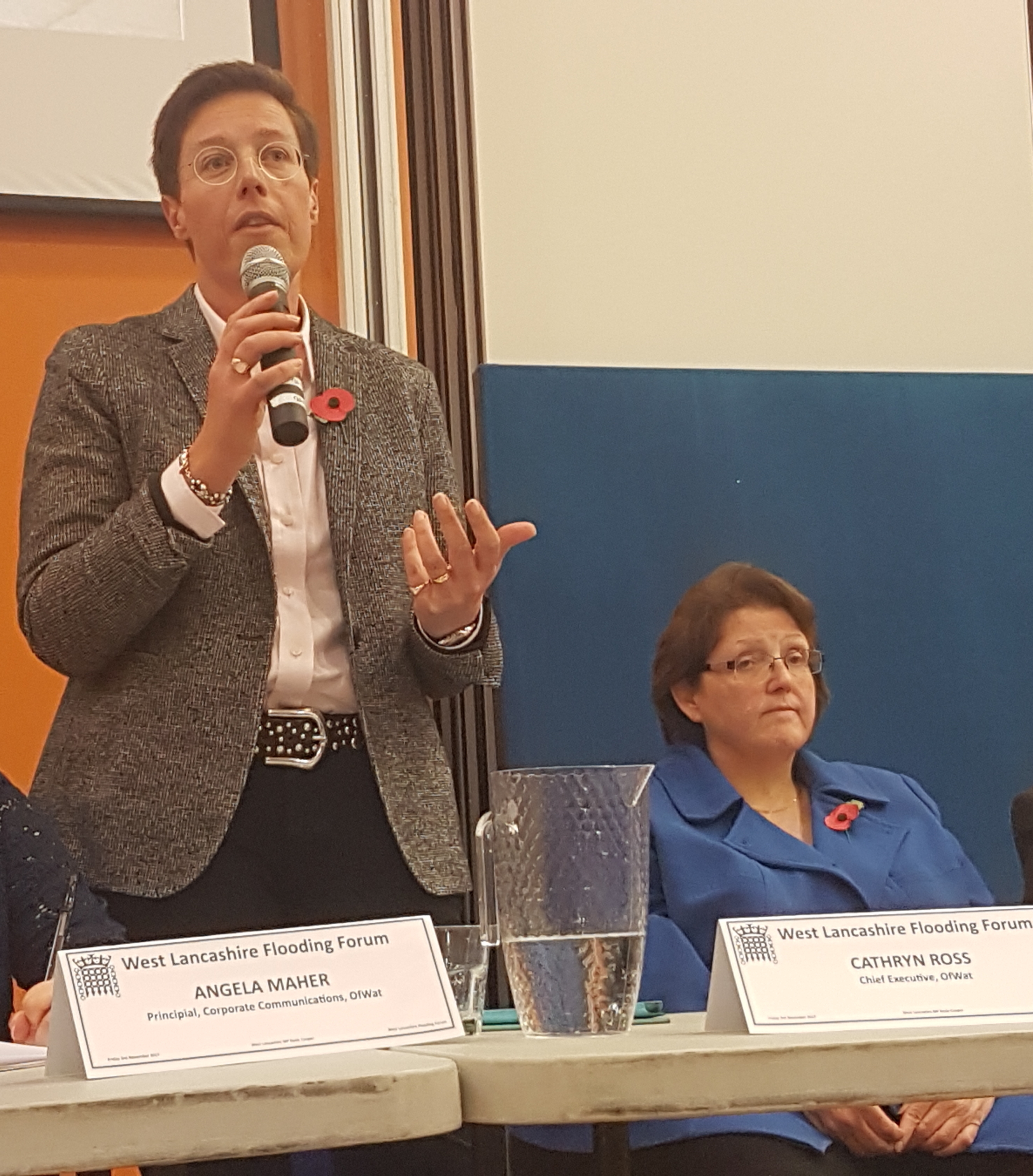 Knowsley Ward’s Cllr Gareth Dowling, who has been a member of the ARRCCHS Ormskirk residents flood action group since 2014 said:
“As residents and councillors we’ve been working closely with the key agencies since before I got involved in 2014, and we were making real progress on uncovering the many flooding issues our area faces.

“It has been a thankless task for Carol, Pat and others in engaging with these organisations and lobbying to secure the funding for this much lauded flood report.

“In order for us to make further progress it would useful if we could discuss the report in public and see what recommendations in it we can action. Lancashire County Council need to release this report so residents aren’t kept in the dark.”