The bridge, which forms part of the A570 in Ormskirk town centre and which crosses over the Liverpool to Ormskirk railway line, has been part of investigations by LCC for over two years due to its poor condition. 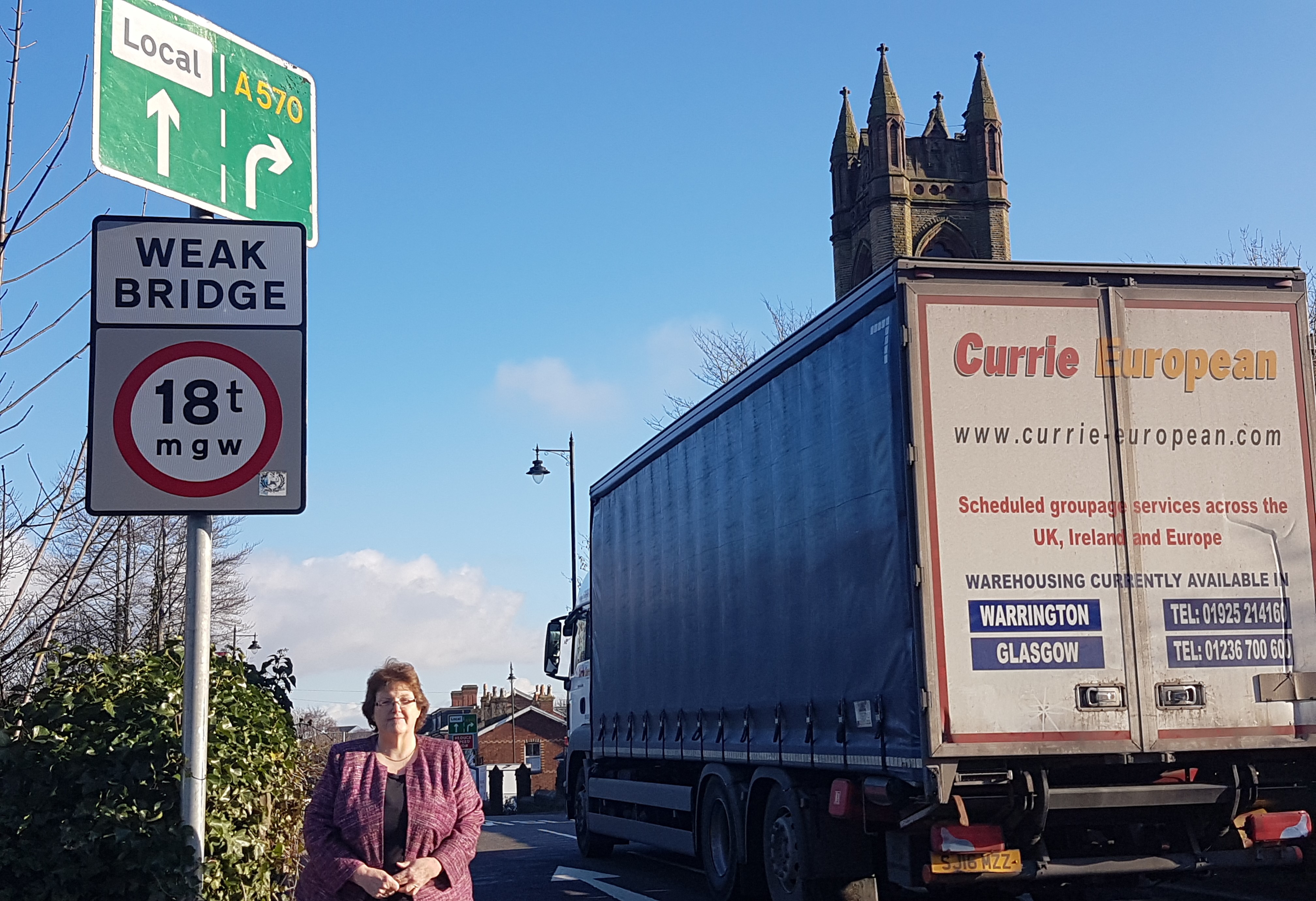 However, the Council now say that the cost of remedial works on the bridge range between £750k and £2.5m with full bridge replacement estimated between £5m and £7m.

MP Rosie said:
“It is shocking that the Council have still not decided on the best approach after two years of so-called investigations during which time the bridge’s condition will be getting worse and an often ignored weight restriction is in place.

“The County Council need to explain what plan of action they are proposing, exactly what the costs are and when the work is intended to start.

“The County Council also need to be clear about the problem and its solutions as the costs for the project seem to be all over the place, ranging from £750k to £7m depending on what report you’re reading.

“The bridge forms part of an important route through the town and an already congested Ormskirk cannot sit and wait for this bridge to fall down and cause traffic misery for its residents.”