Following the decision of the Supreme Court to refuse the application to appeal the ruling from the Appeal Court, West Lancashire MP Rosie Cooper said:
“This is further disappointing news for residents of Skelmersdale and West Lancashire, the ARROW campaign group and local democracy.

“Both West Lancashire Borough Council and Lancashire County Council have been against this application, as have residents of Skelmersdale yet the Government and Courts decide to ride roughshod over local opinion and democracy.

“I will continue to work with residents and ARROW to consider what options are now available to pursue in order to safeguard the health of local residents.”

On 1 February, the Supreme Court refused permission to hear the appeal against Whitemoss hazardous landfill site. The company received permission to expand the site under the Nationally Significant Infrastructure Project (NSIP) system which bypasses local authority scrutiny and opposition. 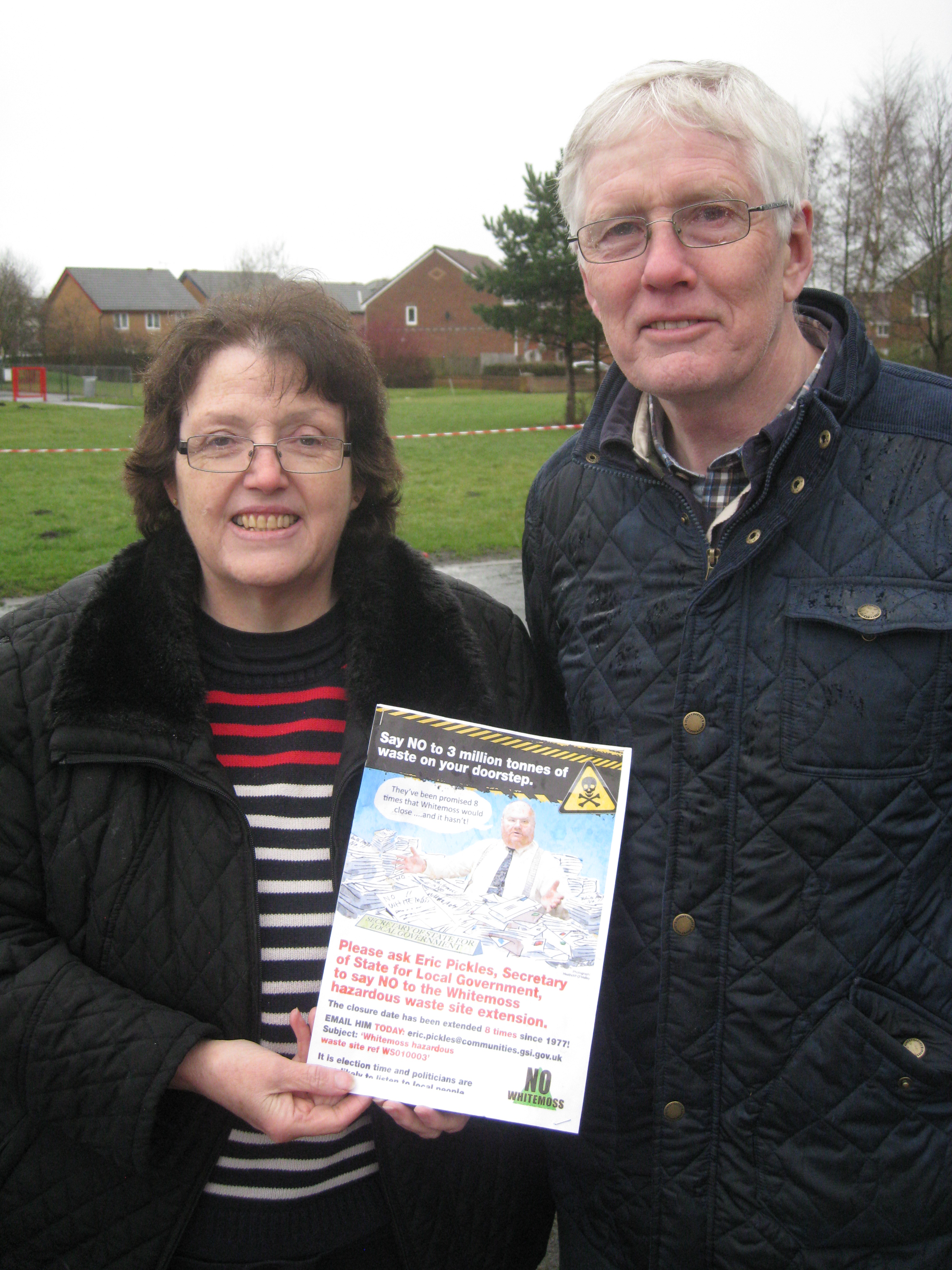 Nicola Escott of Arrow – No Whitemos landfill said:
“This refusal means that Whitemoss Ltd do not need to prove their site is needed and can carry on landfilling material that experts say can be recycled or treated more sustainably.”

Councillor Nicola Pryce-Roberts, West Lancashire councillor for Skelmersdale South said:
“West Lancashire Borough Council was unanimous in its opposition to the Whitemoss expansion. That counted for nothing. Lancashire County Council determined that Whitemoss was not needed when they considered the Lancashire Minerals and Waste Plan in 2012. The local community, including Parish Councils where they exist, most affected by the continuation and expansion of Whitemoss, have in both words and deeds continually expressed that they also do not want Whitemoss.

“This has been imposed on the community from central government via the central planning process, for the benefit of a private company. Every community throughout the country should be mindful of that.

“Don’t forget the decision allows for the compulsory purchase of land. This has been examined through the narrowest of legal prisms. A much wider legal argument exists. The three tiers of democracy (County, Borough and Parish) with locally accountable, elected representatives are not considered relevant. Nor it seems are the wishes of the land owners adjacent to the dump.”

Del Ellis of Arrow – No Whitemoss Landfill said:
“We need to continue with this campaign and there are still other possible legal avenues that could be explored. We are indebted for the continued support of individuals, businesses and organisations that have stood with us to protect our community against potential harm from this facility.”

ARROW -; No Whitemoss Landfill is a campaign of Arrow Northwest. Action to Reduce and Recycle Our Waste (ARROW)  which is a voluntary organisation with no paid workers committed to achieving its aims through peaceful and legal means. Not for profit company limited by guarantee registration no. 3792757 (England and Wales). Registered address Beacon House, Willow Walk, Skelmersdale, Lancs WN8 6UR