While thousands of health workers, unions and activists marched in London, MP Rosie campaigned with residents at a street stall in Burscough town centre.

Keep Our NHS Public, the People’s Assembly and Health Campaigns Together all joined to send the government a message following the most recent winter crisis amid sustained underfunding and mismanagement. 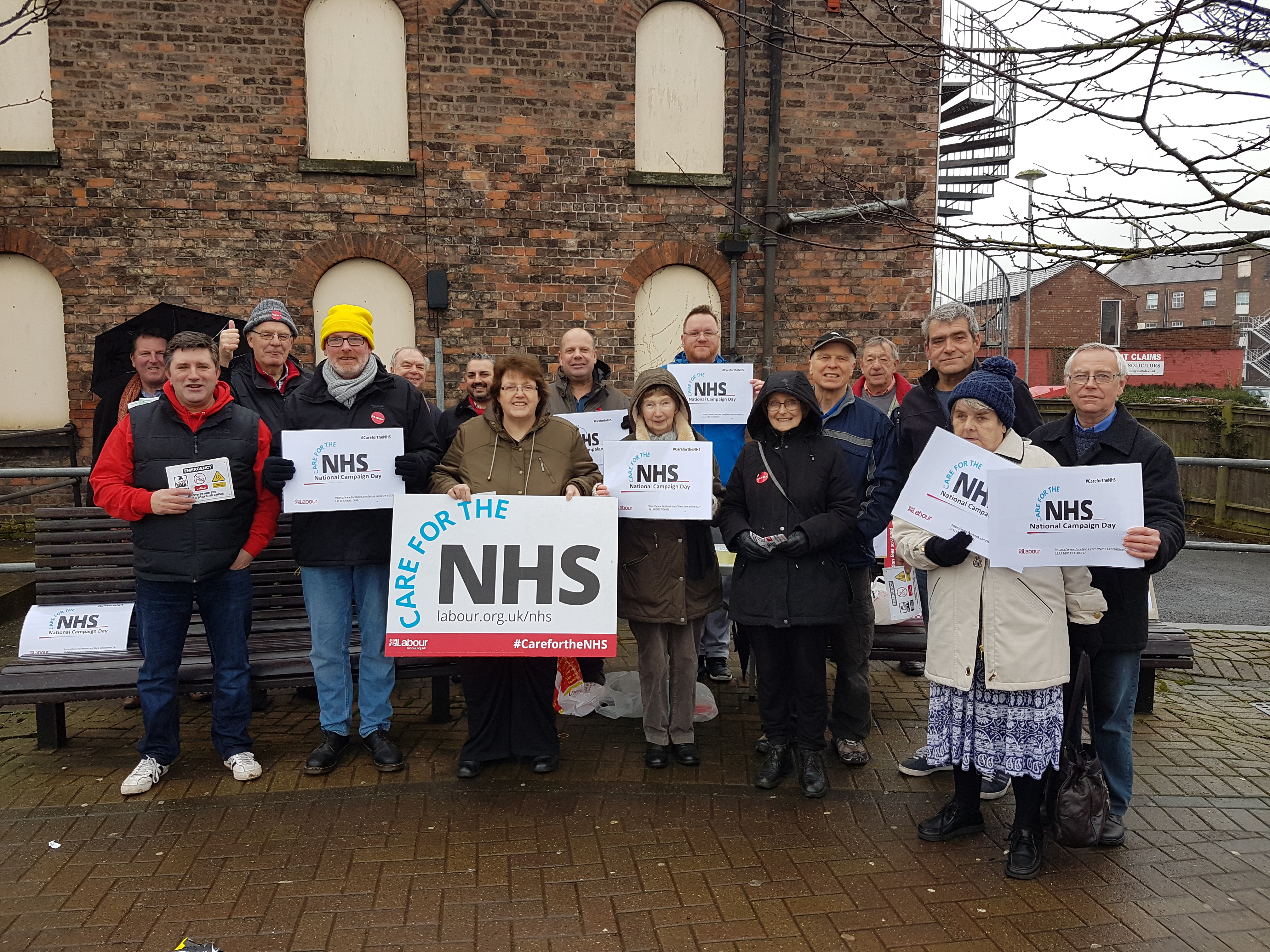 West Lancashire MP Rosie Cooper said:
“It was great to be out with so many dedicated activists on a cold Saturday morning showing the local population, health bosses and the government just what our NHS means to us.

“Locally Southport and Ormskirk, as with the NHS generally, has been under great pressure over the holiday season which was discussed when I met with the STP and hospital bosses.

“Local Hospital leaders together with NHSE and STP have been working together to ensure that patients get as good care as possible in the circumstances but there is no doubt the Government have serious questions to answer about lack of resources in the NHS and Ambulance services.

“My constituents spent many, many hours waiting with ambulance personnel or in A&E for treatment. With elective operations cancelled and a crisis situation in A&E throughout the country – it’s clear the Government’s NHS winter plan has failed.

“The facts speak for themselves, the NHS, the ambulance service, Southport and Ormskirk, and A&E are all struggling due to sustained underfunding by the government.

“The NHS is in crisis and the Conservatives will never be forgiven for starving it of the money and staff it desperately needs.”

Seasoned NHS campaigner Cllr Cynthia Dereli commented:
“I am very conscious of the strong concerns among residents in Burscough over the future of the NHS. It is up to us all to find ways to convey these views to the government. We can’t stand by and let this vital service fall into the hands of the private sector who will prioritise profit over people’s well-being.”