West Lancashire MP Rosie Cooper joined the College of Podiatry in Parliament to support the launch of their new report.

The event highlighted the unique role of podiatrists in tackling some of the biggest healthcare challenges facing people in West Lancashire.

The report, ‘Podiatry: Driving value, improving outcomes – The vital role of podiatry in keeping our population active -; saving lives and saving limbs’ covers three key areas in which podiatrists contribute their expertise and demonstrate their value: 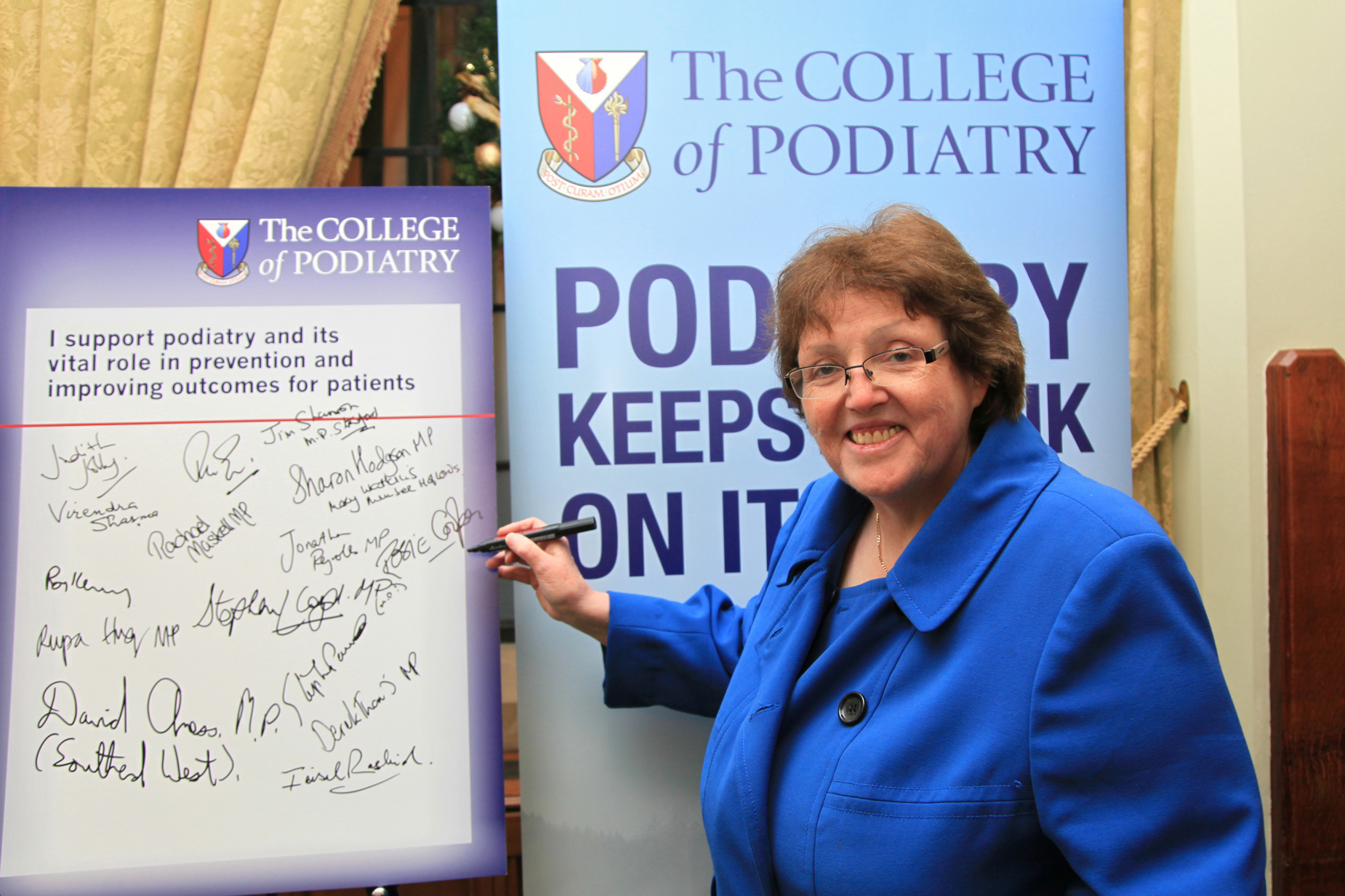 The report has found that early intervention by local podiatrists has the potential to improve mobility and independence in people who experience foot health problems.

Despite the strong recommendation from NICE, the organisation responsible for producing clinical guidance, a Freedom of Information Request carried out in 2017 (with a response rate of 87%) found that 29% of Clinical Commissioning Groups do not commission a foot protection service.

A further FOI sent to hospital trusts revealed that a third of trusts which responded do not operate a dedicated falls prevention team, and of the 67% that do, only 4% include a podiatrist in that team.

Podiatrists are under-utilised across the health and care system, avoiding critical chances to tackle problems before they escalate.

West Lancashire MP Rosie Cooper said:
“I support Podiatry and its vital role in prevention and improving outcomes for patients.

“It is important to recognise the value of local podiatrists who are working day-in-day-out to keep people on their feet, living life independently and to its full potential.

“I would like to thank all podiatrists, and others working in multidisciplinary health and care teams across West Lancashire for their professional care and support.”