West Lancashire MP Rosie Cooper met with NHS providers and patients at a briefing held in Parliament to learn about radiotherapy and the benefits it can bring to cancer patients.

Radiotherapy is a cost-effective and cutting-edge treatment that forms a core part of the health care regime for many cancer patients. Last year, more than 130,000 people with cancer in England had radiotherapy as part of their treatment.

More than a third of NHS providers were represented at the event which was hosted in partnership with AdvaMed, the United States Advanced Medical Technology Association.

NHS bodies across the UK have invested money to modernise radiotherapy equipment: 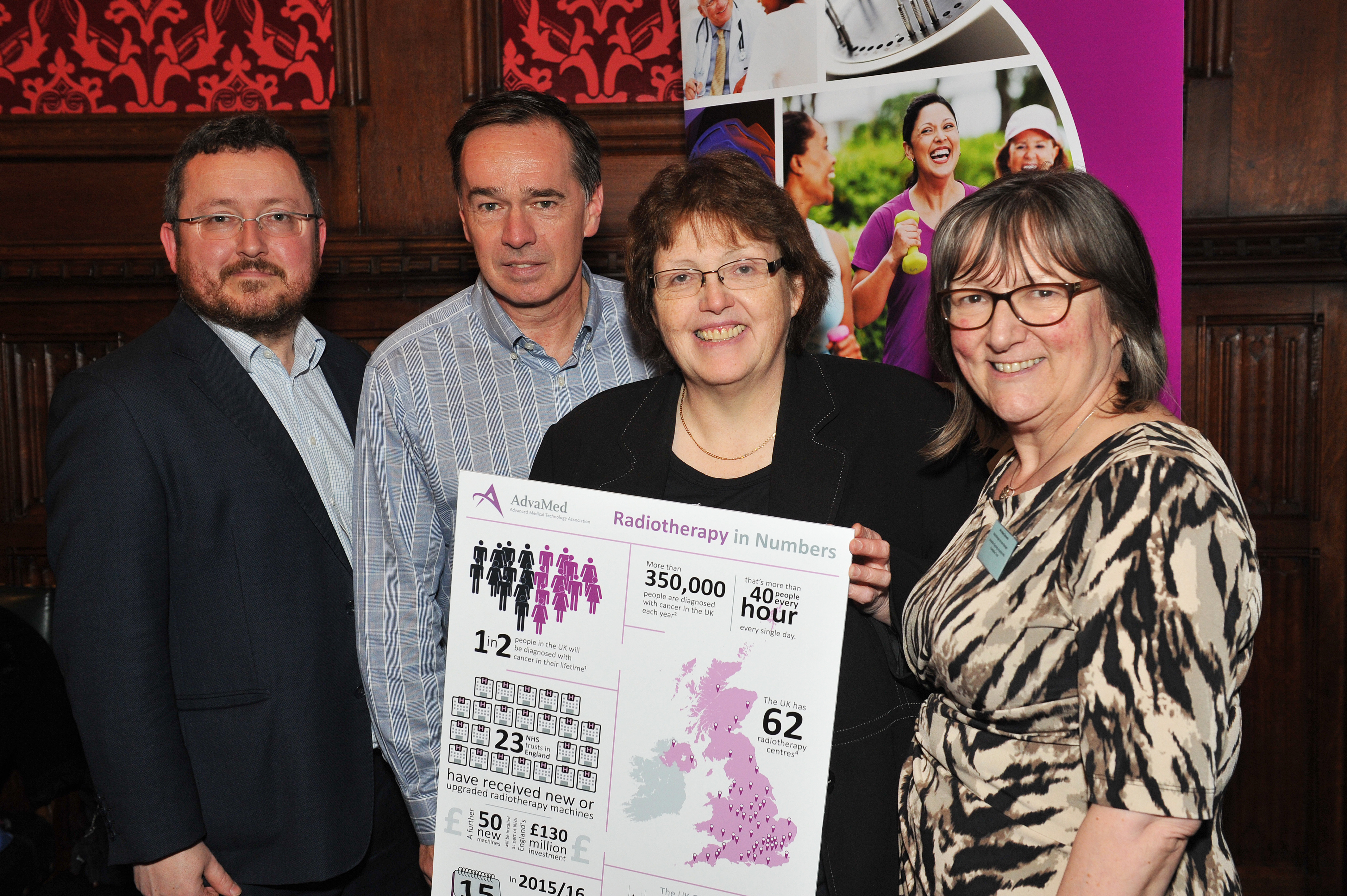 Although radiotherapy technology has rapidly advanced and investment has been made in replacing outdated machines throughout the UK, there is still variation in patient access across the country. Awareness of radiotherapy as a highly effective cancer treatment is also low compared to another common option, chemotherapy. Patients should be provided with comprehensive information on the benefits of radiotherapy and its potential role in their treatment program, as well as given access to the latest technology.

West Lancashire MP Rosie Cooper said:
“Radiotherapy is an integral part of cancer care for many cancer patients. Recent investment in new machines for the NHS is welcome, however further investment is essential to address the demand for this life-changing treatment.”

Josh Levine, Chair of AdvaMed’s Radiation Therapy Sector and President and CEO, Accuray, said:
“I’m delighted that Rosie Cooper MP was able to join us in Westminster for this event. AdvaMed is committed to working in the UK and on a broader, global scale to expand patient access to radiotherapy. We look forward to future engagement with parliamentarians and NHS providers to ensure that for patients in the UK, this goal becomes a reality.”