Since 2012, legal aid has not been available for most areas of early legal advice.

A lack of free early legal advice can cause problems to escalate unnecessarily, adding more pressure on public services, potentially increasing the burden on the courts, and increasing the cost to the public purse.

The lack of legal aid for early advice is a barrier to individuals accessing justice, which has a wider impact on the rule of law and the ability of individuals to access their rights.

Speaking after a Parliamentary event on the campaign, Rosie Cooper MP said:
“I am regularly contacted by constituents with issues which could have been resolved sooner if only they had access to free early legal advice.

“We know the Government is currently reviewing the legal aid reforms made in 2012, and as part of that review I urge them to consider providing legal aid for early advice.” 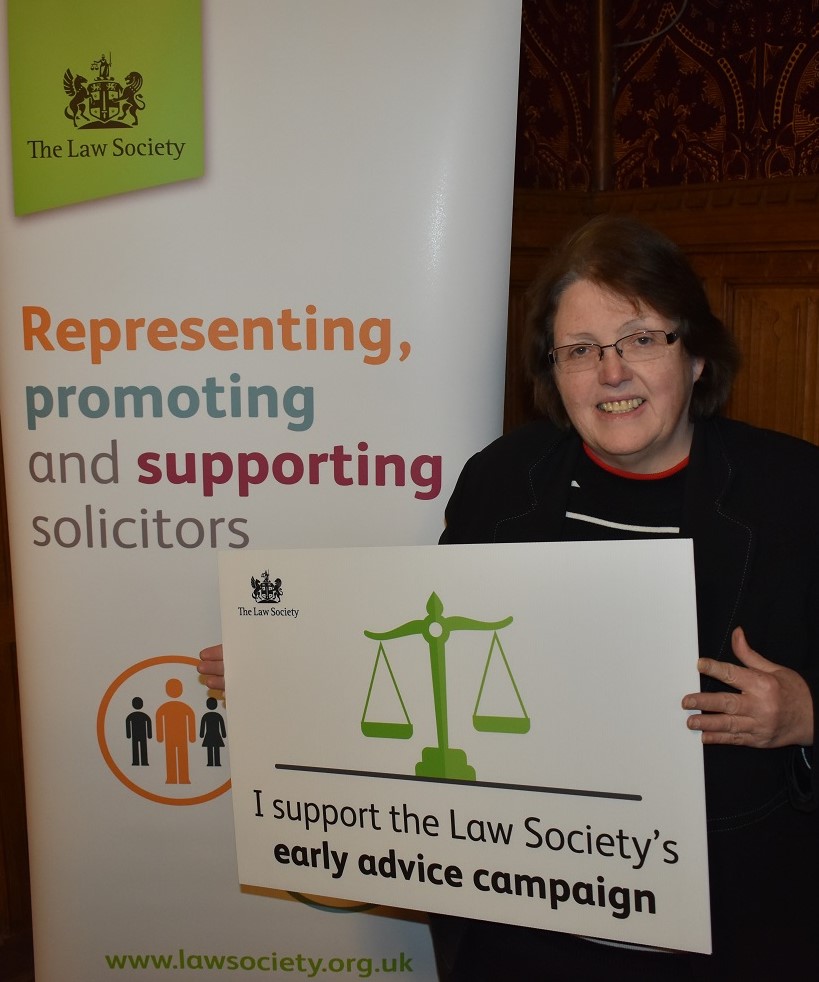 Law Society President, Joe Egan, said:
“A lack of free early legal advice can cause problems to escalate unnecessarily, potentially increasing the burden on the courts and increasing costs to the taxpayer.

“The current system is a false economy, meaning more cases are ending up in court that could have been resolved earlier, and more pressure is applied on our already stretched public services. We are calling on the Government to provide legal aid for early advice as part of their review of legal aid reforms.”

The Law Society launched its campaign calling for legal aid for early advice from a lawyer to be reinstated for housing and family cases in November 2017.

The campaign follows the publication of research by Ipsos MORI, commissioned by the Law Society, which shows a clear statistical link between receiving legal advice early and resolving a problem sooner.

The Government is currently reviewing the Legal Aid, Sentencing and Punishment of Offenders Act 2012, and the Law Society is calling on the Government to restore legal aid early advice as part of that review.

You can find out more information about the Law Society’s campaign, including copies of a Parliamentary Briefing and the research conducted by Ipsos MORI on their website http://www.lawsociety.org.uk/policy-campaigns/campaigns/early-advice/