West Lancashire MP Rosie Cooper has taken the fight against privatisation of local health services to the floor of Parliament, taking part in the debate on Privatisation of NHS Services brought forward by Hartlepool’s Mike Hill.

MP Rosie raised issues over openness and transparency in contracting by West Lancashire CCG and dilution of services by private healthcare providers after they secure NHS contracts -; which are directly funded by the taxpayers.

The lack of transparency and accountability when it comes to such private companies and the continuous cycle of contracting, sub-contracting, outsourcing and handing over to subsidiary companies leaves a tangled web of privacy and secrecy which the public can’t get through.

Private healthcare providers have also been accused of putting shareholder profits first rather than patient safety. Since the CCG began the tendering process which resulted in Virgin Care being awarded the contract for Ormskirk’s walk-in centre, the opening hours have been reduced.

Rosie Cooper MP said:
“This galloping privatisation cannot and must not continue. This is our National Health Service which we pay for and we must continue to fight for it to be kept in public hands, accountable and responsible to the public and not to private shareholders.

“During the debate in Parliament, I called on the Minister to explain why there are not more stringent procedures in place to ensure the taxpayers know where their money goes and also to stop CCGs fobbing off members of the public and MPs with phrases such as ‘commercial confidentiality’ when being scrutinised or held to account.

“With information, including that relating to patient safety, remaining behind closed doors without the possibility of scrutiny, how are the CQC, NHS England, NHS Improvement and Members of Parliament meant to hold CCGs and private providers to account?

“This constant sub-contracting between private companies severely limits our abilities to hold private providers to account, so where does this increasingly complex and inward-looking operation end? This, at the same time that Totally Plc’s Chief Executive Wendy Lawrence comments ‘also ensuring we create value for our shareholders by securing important strategic contracts such as this one‘ in her Press Release on their recent winning of the West Lancashire GP out of hours service contract.

“To outline the process in full, NHS England devolves commissioning to NHS West Lancashire CCG, which contracts to Virgin Care, which sub-contracts to Totally, which then hands its contract over to its subsidiary, Vocare. You really could not make it up, could you?” 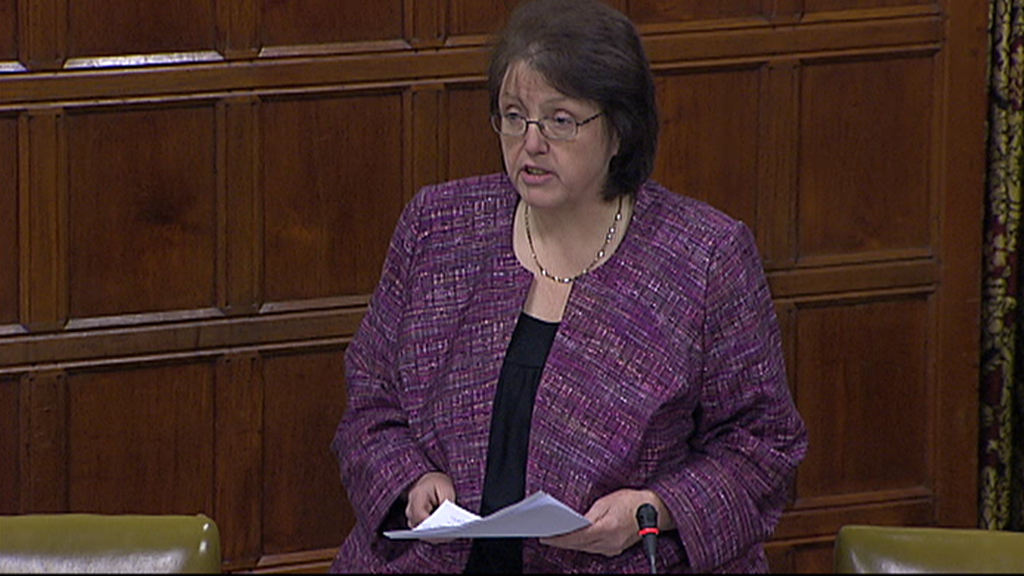 It is a pleasure to serve under your chairmanship, Mr Hosie. I thank my hon. Friend Mike Hill for securing the debate. It gives Members such as me the opportunity to talk about how the privatisation of NHS services affects us all and, in particular, our own constituents.

I will make three points about privatised healthcare, from commissioning right through to practice. First, it lacks transparency; secondly, it is removed from adequate accountability; and, thirdly, it prioritises shareholder gains over patient care. It only takes a glance at the situation over the past two years in my constituency, where privatisation is not creeping but galloping in, to witness numerous examples of those three points.

After NHS West Lancashire clinical commissioning group announced in February 2016 that it was liaising with two private companies, Optum Health Solutions and Virgin Care, to deliver urgent care services-among them walk-in centres, out-of-hours and acute visiting services and community health services, including district nursing-it quickly became clear that the process would leave residents, healthcare professionals and, indeed, me in the dark, unable to see the details of the selection process and the contract and now unable to see performance figures against that contract. At the time, Southport and Ormskirk Hospital NHS Trust was delivering those services, yet the CCG excluded it from bidding, amazingly without any real explanation from any of the bodies involved.

When I attempted to question the CCG, NHS England and NHS Improvement about the situation, the phrase “commercially sensitive” was frequently deployed to avoid answering. The people of West Lancashire and the people of this country fund those services, so I ask the Minister to explain why there are not more stringent procedures in place to ensure that the taxpayers know where their money goes and why.

I also ask the Minister to consider an investigation into the phrase “commercial confidentiality” and its very frequent use by CCGs. It should be stated clearly that the lack of transparency and accountability among private healthcare providers is a trend that continues nationally, and not just within commissioning. As many of us are aware, the British Medical Association has long warned the Government that there continues to be no obligation for private providers to report even on patient safety incidents and performance data. Although the Care Quality Commission requires non-NHS providers to abide by a duty of candour, there is no obligation to make publicly available any information about the nature or severity of any such incidents, and the CQC does not publish the information either. Additionally, private providers are not required to regularly update the CQC on less serious safety incidents and, according to the think-tank, the Centre for Health and the Public Interest, only 63% of hospitals do so.

Will the Minister address how the CQC, NHS England, NHS Improvement and Members of Parliament are meant to hold CCGs and private providers to account if information, including that relating to patient safety, remains behind closed doors, without the possibility of scrutiny, let alone action being taken about it? I understand that regulators may request some of the information, but that is simply not good enough. The regulators are not always on top of their game, as evidenced in Liverpool Community Health NHS Trust, where, as the Minister knows, every regulator missed the poor services delivered to patients, as evidenced by both Capsticks and Kirkup-and that is an NHS trust, not a secretive private provider. Openness, transparency and accountability should be an integral part of a democratised healthcare service, right through from commissioning to practice. The extent of the secrecy surrounding the process in West Lancashire led to me raise it with the Public Accounts Committee and
the National Audit Office. Does the Minister think it should have got to that stage at all? What does he recommend we do in the future?

Without scrutiny, we risk events happening such as the recent one in which a company operating one of the first integrated NHS 111 and GP out-of-hours services was forced to hand back its contract to the NHS just seven months into a three-year contract. In 2016, CCG board papers rated the proposed transfer of services as “red”. The deal went ahead anyway. Where is the accountability, and where was NHS England? Were other regulators on the missing list yet again? A similar event was recently about to happen in Liverpool, where the CCG wanted to award the contract to run the majority of community services to Bridgewater Community Healthcare NHS Foundation Trust. That would have been a disaster, as anyone looking at the current state of that trust would have been able to see. Yet all the detail was hidden from the public. Incidents involving GP out-of-hours services like that send shivers down my spine.

Fewer than two weeks ago, it was announced that Totally plc, a private provider of out-of-hospital services, had been awarded a four-year contract with Virgin Care for 18 GP out-of-hours services in West Lancashire. It then transpired that Vocare, a subsidiary of Totally, was going to run the services on its behalf. In case Members got lost in that little trip, I will outline the process in full: NHS England devolves commissioning to NHS West Lancashire CCG, which contracts to Virgin Care, which sub-contracts to Totally, which hands its contract over to its subsidiary, Vocare. You really could not make it up, could you? I have to ask the Minister: does that constant sub-contracting between private companies not further dampen our abilities to hold private providers to account? Where does the increasingly complex and inward-looking operation end? Perhaps I already know the answer, because Totally’s chief executive, Wendy Lawrence, commented in a press release on the recent contract award:

“also ensuring we create value for our shareholders by securing important strategic contracts such as this one”.

Does that explain why, in 2017, constituents of mine who received urgent care from Virgin were informed that wounds could be dressed only once and my constituents would then need to go to the local chemist and purchase further dressings? Will the Minister explain how that is healthcare free at the point of delivery?

In 2017, the operating hours of the Ormskirk urgent care centre were 8 am to 8 pm. It used to be open from 8 am to 10 pm. The initial contract was to allow the centre to be open to enable my constituents to go to the urgent care centre when GPs surgeries were closed and to ease the burden on A&E. The opening hours do not meet that need, and it transpired later last year that Virgin does not always have a GP on site. When there was a computer problem at the walk-in centre, my constituents were simply told to go home or go to A&E.

Since the Health and Social Care Act 2012, CCGs and private contractors have promised us that patients would receive quality treatment and care, but the reality has often been starkly different. With privatisation rising year on year, Ministers must ask why Members of Parliament, regulatory bodies and, worst of all, health service patients have been unable to hold private contractors and those who commission services to detailed account. They have dampened or refused transparency. There is a lack of accountability, and the service people receive can prove inadequate. Taxpayers are not being offered the high-quality patient care they expect and deserve. Many Members on the Government Benches blindly follow statements made to them and think that the situation is okay everywhere. It certainly is not. We have proved that regulators are not regulating. If we cannot get the information from private providers, Government Members cannot assert that everything is great, because we do not know.