West Lancashire MP Rosie Cooper acted quickly to ensure Arriva repair a wall on Aughton’s Town Green Lane which was knocked over by a reversing bus.

Early on Tuesday (22nd) morning, it was reported to MP Rosie that a driver who had taken a wrong turn up Granville Park intending to turn up Winifred Lane, reversed into the wall by the old Spar shop causing the damage.

Rosie immediately contacted Arriva’s Managing Directors to report the issue, and the allegation that the driver of the bus merely drove off after the crash.

West Lancashire MP Rosie Cooper said:
“Understandably local residents were concerned by this potentially dangerous incident and that the wall might not be repaired quickly.

“They were concerned about the bus driver who had either managed to not notice that the wall had been hit demolishing part of it or who had realised but decided to not to check and drive off anyway.

“Arriva have assured me that a full investigation has taken place and that their insurance arm will deal with any claim for damages from the owner of the wall.

“Arriva have apologised for the incident, stating that the driver has also been interviewed under normal company procedures and the appropriate action taken.” 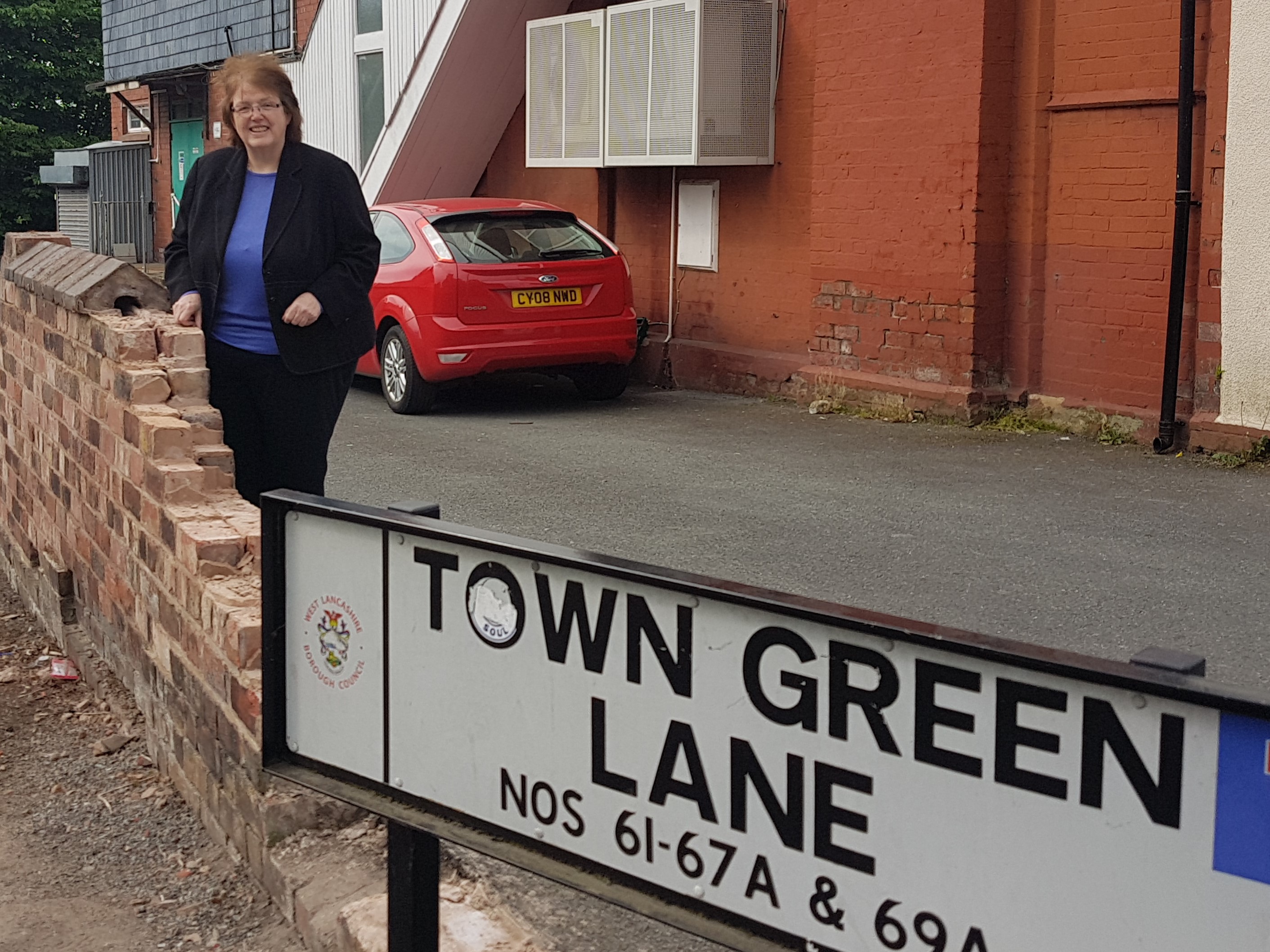